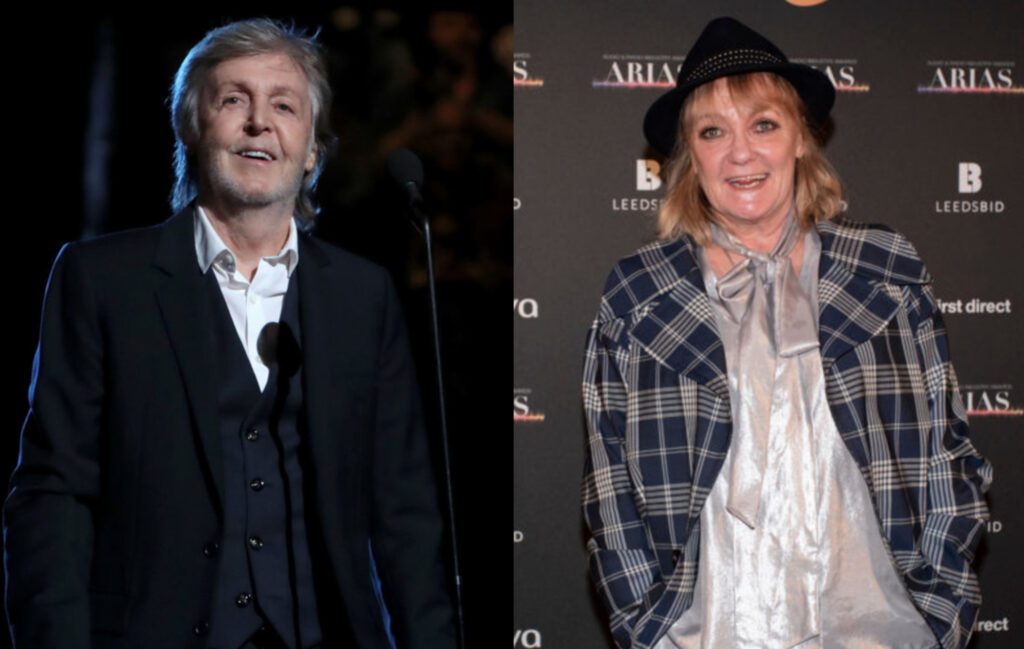 Paul McCartney has paid tribute to BBC DJ Janice Long, who died last month at the age of 66.

The beloved broadcaster and champion of new music passed away at her home on Christmas Day (December 25) after battling a short illness.

McCartney took to social media today (January 7) to celebrate the life of his “old Liverpudlian friend”, posting a tribute to Long alongside a photo of the pair together huddled around a jukebox.

“I was very sad to hear that my old Liverpudlian friend Janice Long has passed away,” the legendary Beatle wrote on Twitter. “Janice was a fun-loving lady who always had a twinkle in her eye. She was very knowledgeable about the music scene and whenever we met it was a pleasure and we had a great laugh.”

In a separate tweet, he added: “My sympathies go out to her family and friends. We have all lost a great Scouse girl, but I will always have very fond memories of her and of the times we spent together. Paul x.”

You can see the tweets below:

My sympathies go out to her family and friends. We have all lost a great Scouse girl, but I will always have very fond memories of her and of the times we spent together. Paul x

Long began her career in radio as a station assistant at BBC Radio Merseyside in 1979, before being given her own programme, called Streetlife, on which she promoted local bands.

She moved to BBC Radio 1 in 1983, hosting her own show on Saturday evenings, before moving to weekday evenings for a new music and current affairs programme, and the Friday reviews show Singled Out. She was the first woman to have her own daily show on the station.

In her career, Long also became the first woman to regularly host Top Of The Pops, fronting the TV show for five years, and later had a long-running show on BBC Radio 2 until 2017. She also worked for the likes of BBC Radio London, BBC 6 Music, BBC WM, BBC Radio Wales, Greatest Hits Radio and Radio X, and set up her own station Crash FM in Liverpool in 1995.

Over the years, she gave some iconic acts their first radio sessions including Frankie Goes To Hollywood and Amy Winehouse, while also giving early exposure to the likes of The Smiths, Primal Scream, Adele, Richard Hawley and more.

In recognition of her support of new talent, Long was given the lifetime achievement award at the Liverpool Music Awards in honour of her outstanding contribution to the music industry. In 2016, she was given a British Academy of Songwriters, Composers and Authors (BASCA) Gold Badge and, in 2018, was given an honorary doctorate by Edge Hill University in recognition of her “contribution to popular music and national cultural life”.

Meanwhile, earlier this month, Denis O’Dell, an acclaimed producer best known for his work on films starring The Beatles, died at age 98.

The Fab Four’s Instagram account posted a tribute on Monday (January 3), sharing a couple of photos of O’Dell with the Fab Four. “Our thoughts are with the family and friends of Denis O’Dell, who has passed away,” the caption read.

“Denis first worked with The Beatles on the film ‘A Hard Day’s Night’ as associate producer, but he continued to work with the band as producer of ‘Magical Mystery Tour’, ‘How I Won The War’ (with John) and became Head of Apple Films in 1968.”

The post concluded: “Denis was the supervising producer of the 3 week shoot in January 1969 which became the source material for the recent Get Back trilogy.”