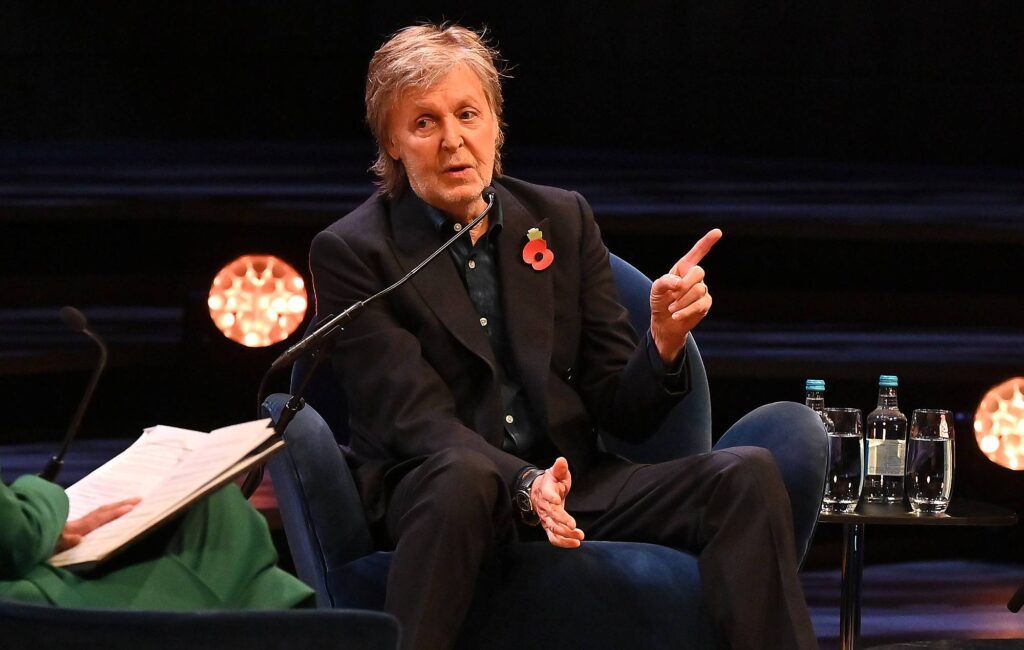 Paul McCartney has responded to UK chancellor Rishi Sunak’s plan invest to £2million in looking at the potential of giving Liverpool yet another museum dedicated to hometown heroes The Beatles – arguing that he’s “happy that they’re recognising that it’s a tourist attraction” but he “thinks they could also spend the money on something else.”

Last week, Sunak announced the proposals on Liverpool’s Waterfront in his Budget as part of an £850million investment to protect museums, galleries, libraries and local culture across the UK – which included “securing up to £2million to start work on a new Beatles attraction“.

Critics branded this plan as “pointless nonsense“, given that the £2million is only going towards allowing the Liverpool City Region to “develop a business case” for the museum and not actually building it, as well as the fact that the city already has two museums dedicated to The Fab Four, plus their legendary old haunt and venue The Cavern, each band member’s old house, a Beatles Week festival and numerous Beatles city tours.

It has been suggested that the money would be better spent on securing the future grassroots music venues, reopening youth centres, investing in arts education and helping to solve the Brexit touring crisis so that The Beatles of the future might be allowed to exist.

Speaking at an event last night (November 5) to launch his new book The Lyrics, journalist Samira Ahmed asked the former Beatle about his thoughts on the potential attraction – as as as the idea that “some might say that there are people who might try and co-opt The Beatles into some kind of nationalistic, patriotic ideal of what it is to be British”.

McCartney replied: “I don’t mind because I know that people from Japan, America, South America, all know The Beatles. If they come to Liverpool, that’s a lot of what they come to see. I think it’s fine. In fact, in the early days of our fame the Liverpool Council filled in The Cavern – really like the Joni Mitchell song, to make a parking lot.

“So I’m quite happy that they’re recognising that it’s a tourist attraction, but I think they could also spend the money on something else…”

In discussing the unique circumstances that helped The Beatles to exist – along with the cultural revolution of the ’60s in general – McCartney also hailed Labour’s 1947 Transport Act which helped them to meet on buses (and inspired a great number of his songs) but the Education Act of 1944 which made schooling much open and fairer for his generation and others to follow.

Speaking of public transport when he was growing up, McCartney said: “It was this amazing system, and I didn’t realise that we were kind of the first generation to benefit from that.

“Also, there was an education act that meant that kids like me from not very well-off homes could go to very posh schools. This gave everyone over Britain this opportunity to be more mobile and better educated – and that was a big factor in the cultural revolution.”

McCartney was also asked about the origins of The Beatles’ social attitudes against racism and segregation.

“When we went to America, there was this time when we were going to play Jacksonville or somewhere and the promoter said, ‘OK, get ready because tomorrow night you’re going to be playing, the black people will sit over there and the white people will sit over there’. We said, ‘Excuse me?’, he said, ‘Yeah, that’s how we do it down here’, so we said, ‘Oh no no no no! You can’t do that’.”

Check back at NME soon for more from the Lyrics event with McCartney.

Last week saw McCartney induct Foo Fighters into the Rock And Roll Hall Of Fame, before performing a cover of ‘Get Back’ with the band,