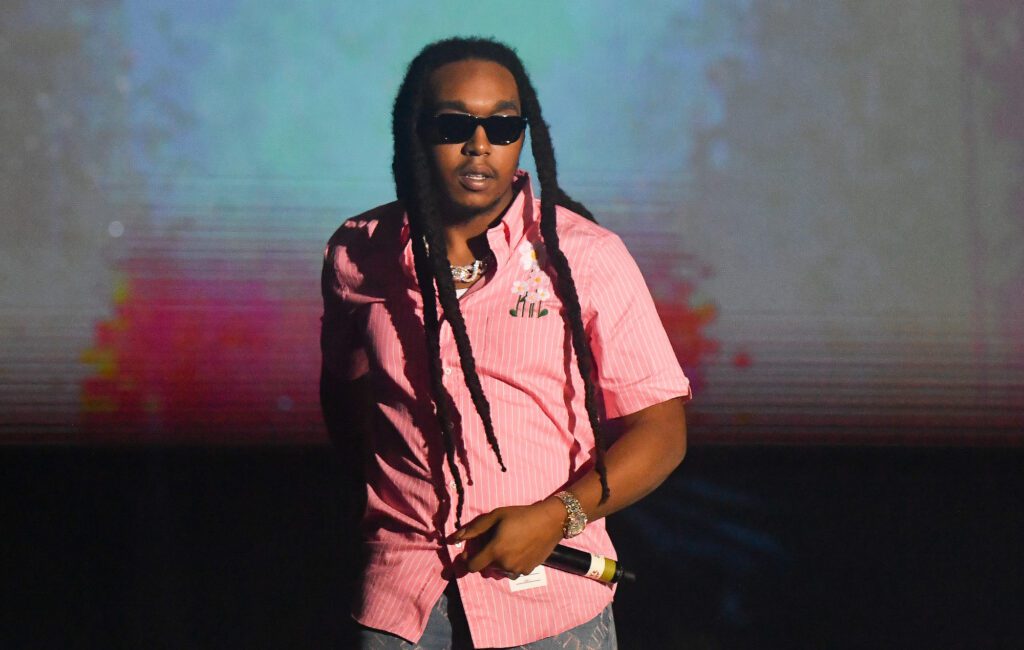 Migos rapper Takeoff is planning a trip to “space” and he’s looking to take one NFT owner with him.

According to an Instagram post, Takeoff’s new NFT platform, Apes In Space, has intergalactic plans for one lucky person who owns a non-fungible token.

The project will kick off with a pre-sale on Sunday (December 5), with over 2,000 spots available for whitelisted members. The project will then have a public sale the following day, on December 6.

“The @apesinspace.io project will take one of their NFT owners to space alongside @yrntakeoff,” the post reads. “One lucky owner will get to meet Takeoff in real-life and join him on a journey to space.”

It’s not been made exactly clear as to what “space” means, with some fans speculating it could be an actual trip into outer space through a company such as SpaceX, while others think it could simply be a digital journey into the metaverse.

On the official Apes In Space website, a description implies the trip is in fact a real one. “One lucky Apes in Space holder will join Takeoff on a real-life space journey,” the sites reads. “The lucky owner will get to meet the Migos rapper in person and become the first person to orbit in space with one of the most talented artist in the space.”

There are several other prizes up for grabs such as four VIP concert tickets to a future Migos concert, $25,000 in Ethereum and the opportunity to own a piece of land in the metaverse.

Apes In Space aims to become “the fastest-growing community in the crypto space, with every connection in the NFT environment promoting the project. Join our Discord today to reserve your seat on your trip to the Moon!”

Meanwhile, Meek Mill has announced he’ll be releasing the fifth and final mixtape in his ‘Dreamchasers’ series as an NFT.