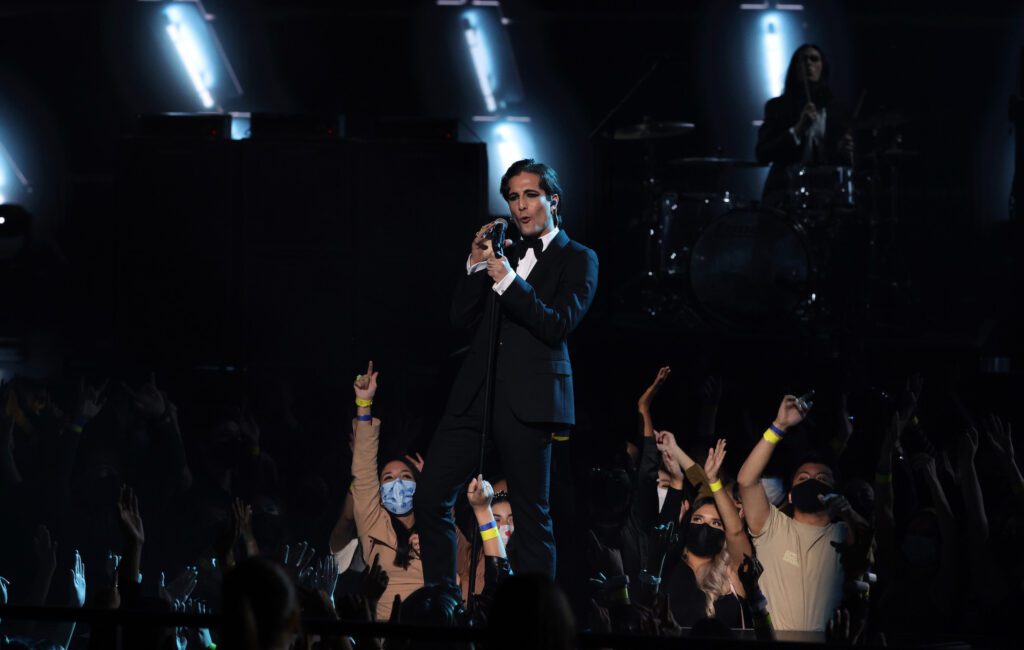 Måneskin made their debut appearance at the American Music Awards 2021 tonight (November 21) with a live performance.

The Italian band are nominated for the Favourite Trending Song category for their version of ‘Beggin’’.

The Eurovision winners brought that track, which was originally made popular by the American group The Four Seasons in the ‘60s, to the Microsoft Theater in Los Angeles.

Wearing matching black suits, the band delivered an energetic version of the singing, which began with frontman Damiano David singing a drawn-out, a cappella intro. Watch footage of Måneskin’s AMAs 2021 performance below now.

From performing in front of Spanish steps in Rome to American Music Awards. Maneskin proves rock is not dead! #AMAs #ManeskinAMAs pic.twitter.com/hIyXHpa4Mq

Other performances at the AMAs 2021 so far have seen BTS and Coldplay perform ‘My Universe’ together for the first time, Olivia Rodrigo air her latest ‘Sour’ single ‘Traitor’, Silk Sonic open the show and Bad Bunny put on a sci-fi collaboration with Tainy and Julieta Venegas.

Winners at the ceremony also include BTS, Taylor Swift, Silk Sonic, Bad Bunny, The Weeknd, Kanye West, Machine Gun Kelly and more. Keep up to date with all of the winners at the AMAs 2021 on NME.com here.

Meanwhile, Måneskin supported The Rolling Stones in Las Vegas earlier this month and won Mick Jagger’s seal of approval after their set. The iconic frontman shared a photo with the Italian group on Twitter, captioning the post: “Great night in Vegas with @thisismaneskin.”

Jagger isn’t the first rock icon to hail the band. Earlier this year, Iggy Pop teamed up with them for a new version of their single ‘I Wanna Be Your Slave’. Of the collaboration, Måneskin said: “It was such an honour that Iggy loved our music and wanted to work with us. It was touching seeing him sing ‘I Wanna Be Your Slave’ live in front of us, it was very powerful to see such a big artist being so open and friendly.”