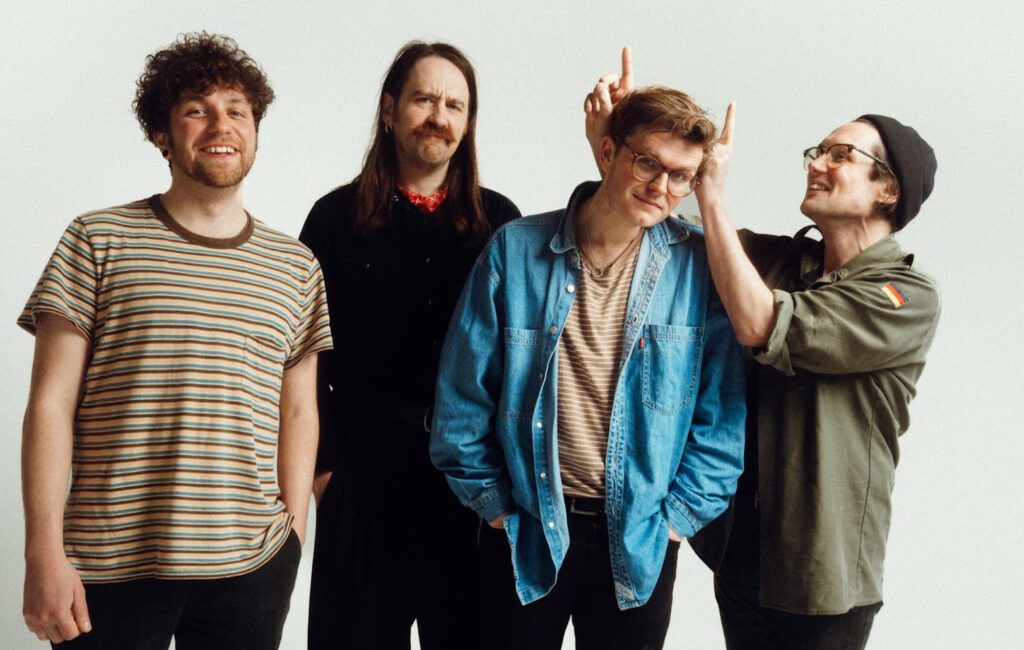 Yard Act have returned with the final preview of their imminent debut album, ‘The Overload’, a buzzy new tune titled ‘Rich’.

He described ‘Rich’ as “the natural successor” to the album’s lead single ‘Payday’, quipping in a press release: “That’s the end of the story right? Success! Status! Security! Except, there’s always more money to be made, and you’re deemed a failure if your life starts to head back in the direction it came from. It’s about being so lost you’re sure you know exactly where you are and how you got there.”

He continued: “I also wrote it because I thought it would be quite funny if Yard Act made a shit ton of money after I’d written an anti-capitalist concept album. It’ll be funny if I’m singing this song on stage when I’ve made my mint. At worst it makes no sense, at best it comes off as pretentious, but that’s the point I’m trying to make when I write anything really.

“Things only really make sense if you exclude the bits that don’t back up the point you’re trying to make. I’m a hypocrite just like everyone else. I don’t have the answers and I’m just trying to do the best I can. It’ll never be good enough though. Enjoy the ride, life is short and you never know what’s round the corner.”

Take a look at the video for ‘Rich’, directed by longtime collaborator James Slater, below:

Initially set for release today (January 7) before being pushed back due to vinyl pressing delays, ‘The Overload’ is now slated to land on January 21 via Zen FC. In addition to ‘Payday’ and ‘Rich’, singles from the record include its title track and ‘Land Of The Blind’.

On the day of its release, Yard Act will embark on a run of in-store performances across the UK, starting with two back-to-back gigs at Rough Trade East in London. They’ll play a third show in London the next day (as well as Kingston-Upon-Thames’ Pryzm), before hitting Southsea, Brighton, Oxford, Bristol and Nottingham.

From there, the band have full-scale tour dates booked all the way though to the end of May, with stints lined up for the UK, Europe and North America. The festivals Yard Act are due to perform at this year include SXSW in the US, Deer Shed in North Yorkshire, Liverpool’s Sound City, London’s Wide Awake and the Eurosonic Noorderslag in the Netherlands.

More details on the band’s tour dates can be found on their website.

Back in October, Elton John praised Yard Act as one of his new favourite bands. The legendary multi-hyphenate told NME in a recent cover story: “It’s that kind of talking with the music behind it – Channel Tres does that a little bit: he mixes hip-hop and talking with electronic music, and it’s a different ballgame… I can’t do it but I love it and I wonder how they do it. There’s a lot of that on the album.”

The band were also recently nominated for the BBC‘s prestigious Sound Of 2022 title, however they lost out to PinkPantheress.