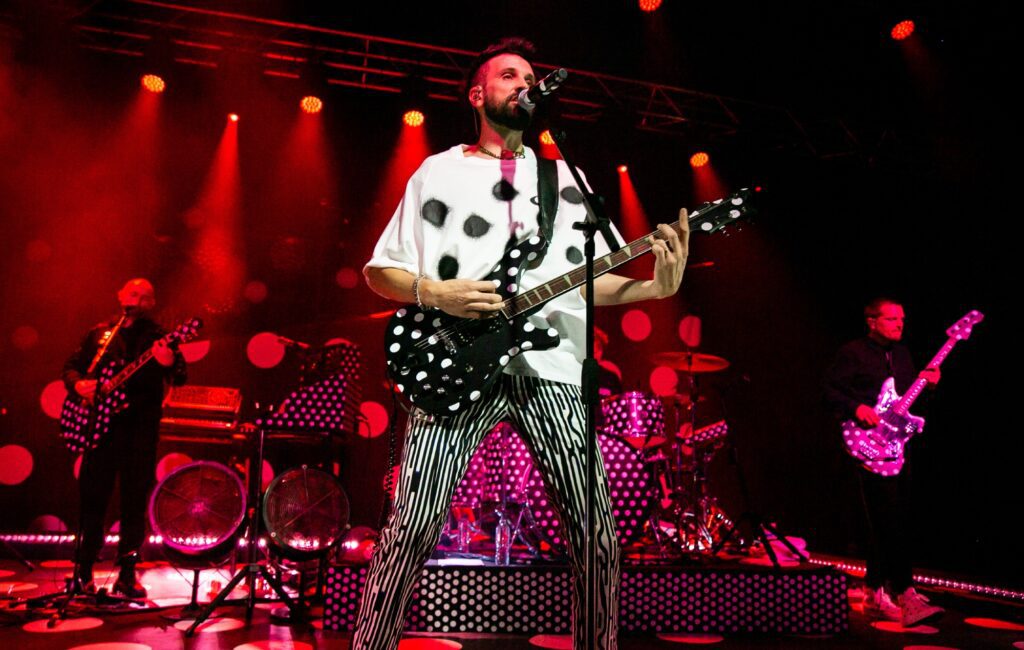 Kasabian have teased a new single – you can check out a preview snippet below.

The as-yet-untitled song, which is due to arrive at midnight tonight (October 27), will mark the band’s first material since the departure of their former frontman Tom Meighan. You can pre-save it here.

Taking to social media this evening (October 26), Kasabian signalled the start of their next era by sharing a cryptic black-and-white video. The 15-second clip is soundtracked by a guitar-heavy, distorted instrumental.

“NEW MUSIC,” the group wrote as the caption, before revealing the song’s release date in a follow-up tweet. You can see the posts below.

Serge Pizzorno has taken over as frontman from Meighan, who left Kasabian after he was convicted of assaulting his girlfriend in 2020.

The band played their first show without Meighan this month as they began their 2021 UK tour, which wraps up at the O2 Academy Brixton in London next Tuesday (November 2). The Music‘s Rob Harvey has appeared at the shows as a touring member.

Meanwhile, Tom Meighan opened up about his mental health, experience in rehab and “consequence culture” in a blog post published in September.

The singer first discussed his assault conviction during an interview last year. He said he took “full responsibility” for the incident. Meighan is now working on his debut solo album and teased the song ‘Would You Mind’ earlier this month, telling fans that “music is my therapy”.

Kasabian are due to headline Neighbourhood Weekender and Isle Of Wight Festival next year. Their remaining 2021 UK tour dates are as follows: