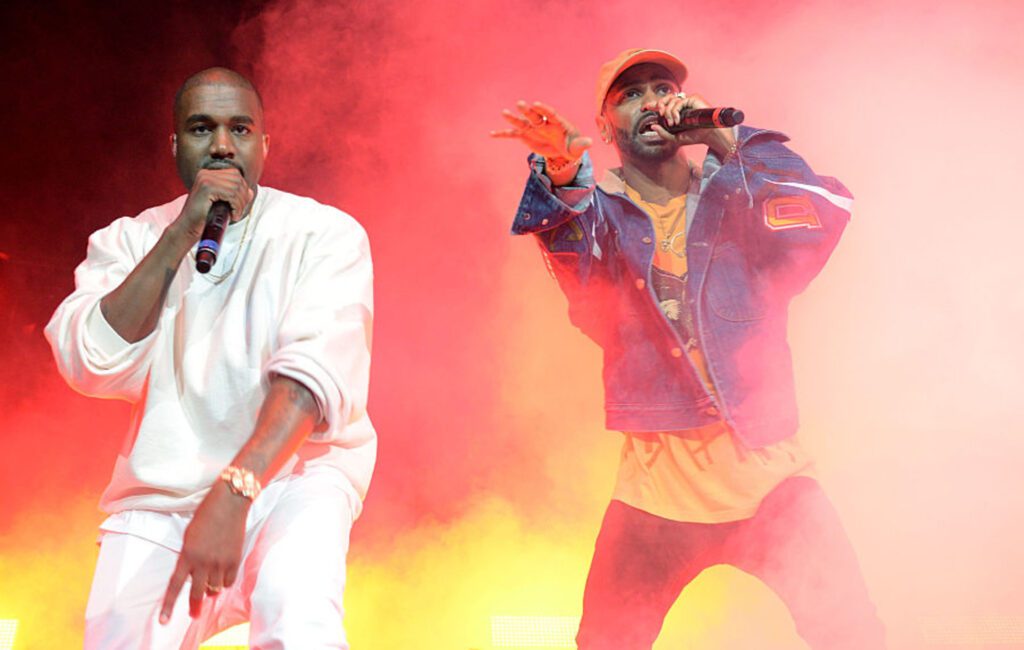 Kanye West has said that the “worst thing” he ever did was sign Big Sean, explaining that he doesn’t “rock with” the Detroit rapper anymore.

At one point in the conversation, co-host N.O.R.E. asked Ye: “Pusha [T] or Big Sean?” which seemed to excite the rapper and producer, who started his reply by saying: “Oh, I love this!”

Before continuing, West got up, walked to the other side of the room and picked up an ‘R.I.P.’ headstone prop. “I already decided that when I die, on my tombstone it’s gonna say: ‘I deserve to be here because I signed Big Sean,’” he said.

Confused by his answer, N.O.R.E. said: “I’m not quite sure of your pick,” after which co-host DJ EFN interjected to say: “Big Sean, he’s saying. I think.” N.O.R.E. then asked for clarification.

“No, I’m saying that the worst thing I’ve ever done is sign Big Sean,” answered Ye. At this point, N.O.R.E. told everyone to clap because he misheard the answer, thinking he said “best”. When he learned what was actually said, the rapper turned host was shocked.

“Nah man, they let that – I know this man mama, bro,” said Ye. “You know what I’m saying? I changed this man family and both John Legend and Big Sean when I ran for office got used quick by the Democrats to combat they boy that actually changed they life.

He added: “That’s some sell-out shit and I don’t rock with neither of them and I need my apology. “N***as is scared.”

Prior to hearing Ye’s comments, Sean told Twitter: “I just got asked to be on the next Drink Champs so I’m assuming Ye talkin crazy.”

After seeing the clip, he returned to the platform to respond: “Was just wit this man, he ain’t say none of that!!! And this was after the interview! I’m dying laughing at you @kanyewest.”

Sean’s post was accompanied by some photos of him, Ye and Hit-Boy, which Sean claims were taken after Ye conducted the Drink Champs interview.

Was just wit this man, he ain’t say none of that!!! And this was after the interview! I’m dying laughing at you @kanyewest 😂 pic.twitter.com/xUJNlolKf0

I can’t wait to go on drink champs now!!!

It comes after Sean announced last week that he had left West’s G.O.O.D. Music record label in order to secure himself “a bigger cut” of profits.

The rapper announced on Twitter that he was exiting Ye’s label after 14 years. A fan asked him: “Damn no more GOOD Music for Big Sean?” to which he replied: “That’s a forever brotherhood, but business wise, I had to start getting a bigger cut! I worked my way out that deal.”

Elsewhere in the interview, West defended his decision to perform alongside Marilyn Manson and DaBaby, while describing the Me Too movement as “power and politics”.

“All the Me Too… like, when I sit next to Marilyn Manson and DaBaby right after both of them got cancelled, for five songs, you know, it’s like they can’t cancel us all,” Ye said. “They’ll hit you with the accusations of somebody who you was with 10 years ago.”

He continued: “And also, there’s women who’ve been through really serious things, pulled in alleys against their will – that’s different than a hug, but it’s classified as the same thing.

“It’s power and politics. You know, power-hungry maniacs and just control. This is 1984 mind control we’re in.”