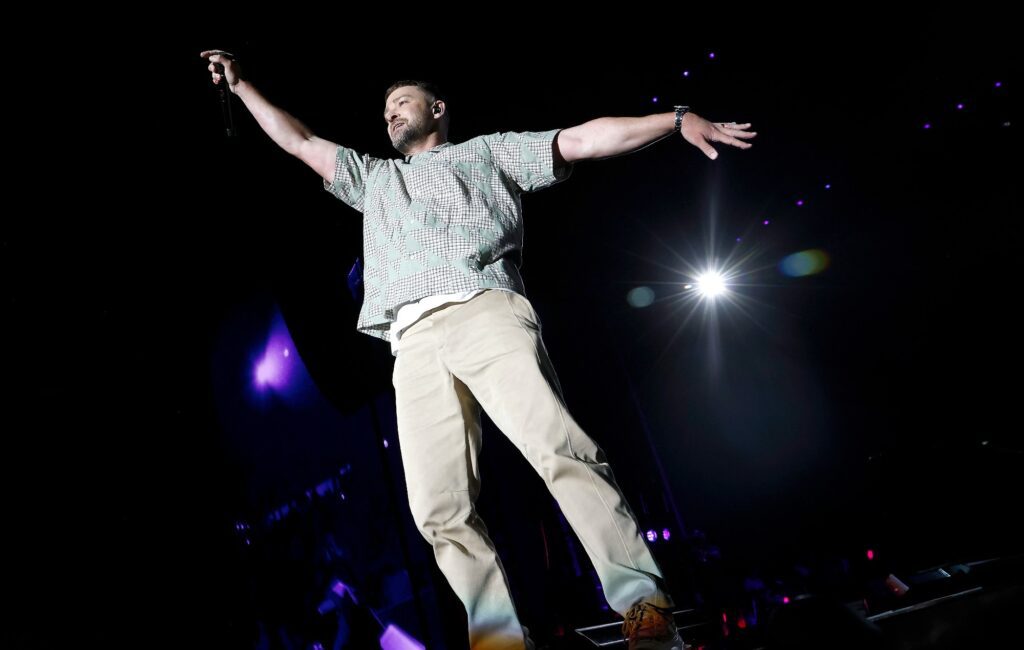 Justin Timberlake has apologised for his awkward Beat Ya Feet dance after footage of his performance from Pharrell’s Something In The Water festival went viral.

The clip sees Timberlake shout “DC, beat your feet” before taking on the iconic dance style.

After receiving a whole lot of constructive criticism on social media, Timberlake has now apologised for the performance. Sharing an Instagram story, Timberlake said: “DC, I want to apologise to you for two reasons: Here, and here,” he said, panning down to his feet.

“I had a long talk with both of them, individually,” he said of his feet. “And I said ‘Don’t you ever do that to me again’”.

Offering a reason for his dad dancing, Timberlake continued: “Maybe it was the khakis. It was a real khaki vibe” before promising to “make it up to you. I’m going to focus on these two guys right here (again, pointing at his feet) and get them right.”

Justin says he’s going to make it up to us (DC) for his technical errors when beating his feet at SITW 😊 pic.twitter.com/NlJEjcdvNn

Last month, Timberlake sold his song catalogue to Hipgnosis Song Management, in a deal that gives the company all the rights to the artist’s previously released music.

In a statement, Timberlake said: “I am excited to be partnering with [Hipgnosis’s CEO and founder] Merck [Mercuriadis] and Hipgnosis – he values artists and their creative work and has always been a strong supporter of songwriters and storytelling. I look forward to entering this next chapter.”

“Justin’s incredible catalogue will join other amazing works at Hipgnosis which we know will serve as a great steward of his work,” Mercuriadis added. “We look forward to a great partnership between Justin and Hipgnosis.”

The same label has struck catalogue deals with Cardi B, Quincy Jones, Anderson .Paak and Saweetie, alongside the estates of George Michael and David Bowie. Other artists who have sold their rights elsewhere include Paul Simon, Bob Dylan and Bruce Springsteen.

On the whole, Hipgnosis has spent more than $2billion (£1.4billion) buying the rights to hits from iconic artists such as Neil Young, Blondie, Shakira, Fleetwood Mac’s Lindsey Buckingham and Christine McVie, producer Bob Rock and many more.