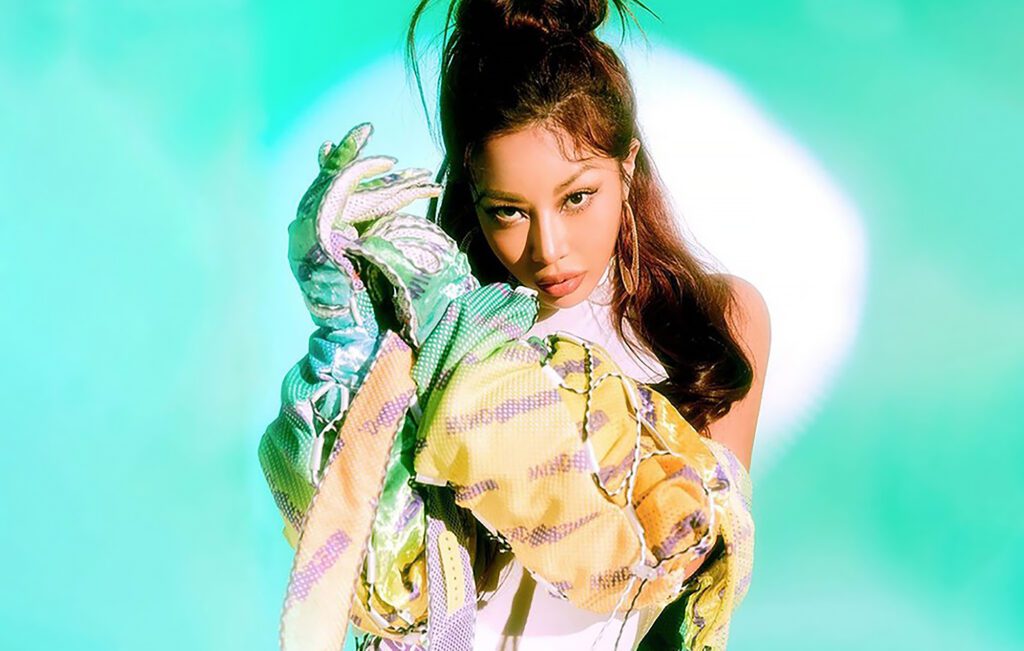 Jessi has announced the release of her brand-new digital single ‘Cold Blooded’.

The forthcoming release was announced on both the American-Korean rapper’s personal Instagram, as well as her label P Nation‘s official social media pages. It came shortly after the most-recent episode of Street Woman Fighter that aired on October 5.

The first teaser image was inspired by the popular Netflix original series Squid Game. It features an illustration of Jessi superimposed a piece of dalgona, in reference to one of the games featured on the show.

Both Jessi and P Nation CEO Psy were special guests on the October 5 episode of Street Woman Fighter, where it was revealed that Jessi had prepared a single for the contestants dance crews to choreograph as a challenge. ‘Cold Blooded’ is scheduled to drop on October 12 at 6pm KST.

Jessi was the first artist to sign with P Nation, and released her first track under the label called ‘Who Dat B’ in September 2019. It was later followed by her 2020 sophomore EP ‘Nuna’, which features the viral hit ‘Nunu Nana’, and her latest digital single ‘What Type Of X’ this March.

During an interview with Rolling Stone Korea, the Korean-American rapper revealed that she “was not convinced at first” to sign with P Nation. “I think that was the time where I was so overworked but I wasn’t really sure of… what I wanted to do yet,” she added.