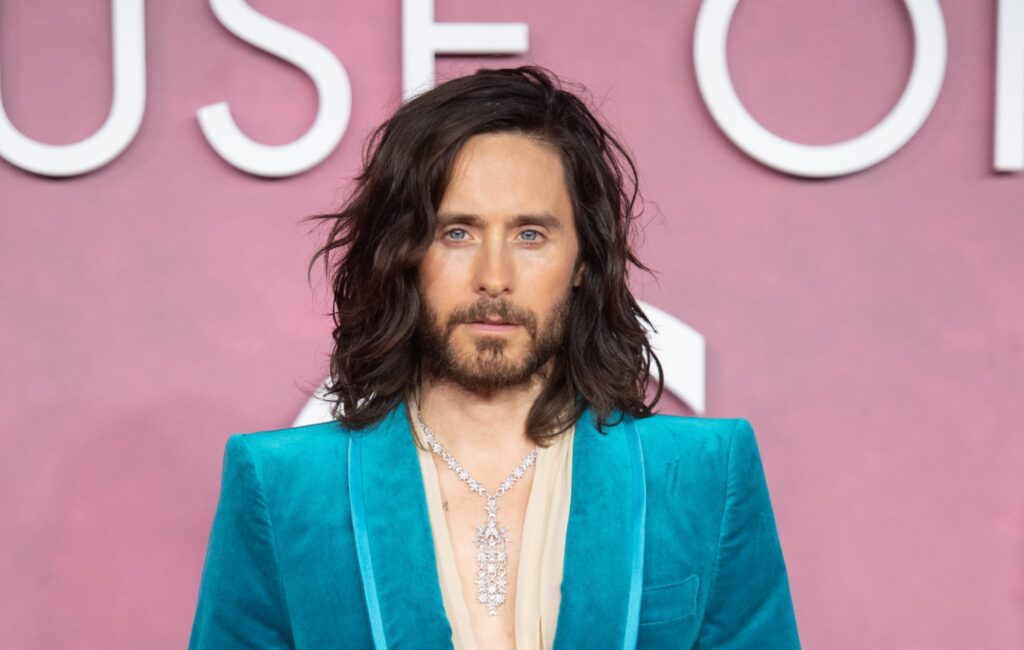 Jared Leto has revealed that Thirty Seconds To Mars have written around 200 tracks for their upcoming new album.

The musician/actor was speaking to NME about Ridley Scott’s House Of Gucci, which he stars in as Paolo Gucci alongside Lady Gaga (Patrizia Reggiani), Adam Driver (Maurizio Gucci) and more.

Discussing the film’s ’70s and ’80s soundtrack – including songs by Eurythmics, Blondie and George Michael – Leto explained that “listening to Italian hits” of that era created “a well of inspiration”.

“There are a lot of those sounds that definitely are on the new [Thirty Seconds To Mars] album,” he told NME. “My first instrument was a Roland Juno 106, which is a synthesiser from the ’80s. I really cherished that instrument, and those sounds are so nostalgic.

“Those sounds [from that decade] are kinda embedded in our psyche, and they really speak directly to our heart sometimes. They take us back to the films that we grew up on. So I love to pull from that stuff.”

Later, Leto told NME that Thirty Seconds To Mars had written around 200 tracks. “So we have so many songs now,” he said. “We really took advantage of that time in lockdown, and hunkered down and started writing.”

As for a potential release date for the follow-up to 2018’s ‘America’, the singer explained: “We’re really just waiting for the right opportunity, the right time to put music out.”

When asked if there could be a Thirty Seconds To Mars collaboration with his House Of Gucci co-star Gaga, Leto replied: “I mean, that would be fun. I danced with her already so that was enough for me.

“But that would be fun. She’s a terrific artist and I think she’s just a real talent. I have a lot of respect for her…her bravery.”

Leto also recalled TSTM’s most recent UK headline tour back in 2018, describing their performance at London’s O2 Arena as “one of the best shows of our lives”.

“I never would have thought that one of the best shows of our lives would be this far on into our career, but it was absolutely magical and we can’t wait to come back and play,” he continued.

“Manchester was another great one. We just had a phenomenal tour in the UK and Europe in 2018.”

Leto added: “The songs are built for the stage. We’re really a live band, and touring is an essential part of what we do. Our shows are really physical and immersive; we just have a lot of fun with it.”

Watch the full NME interview with Jared Leto at the top of the page.

House Of Gucci is released in UK cinemas this Friday (November 26). You can read NME‘s four-star review here.