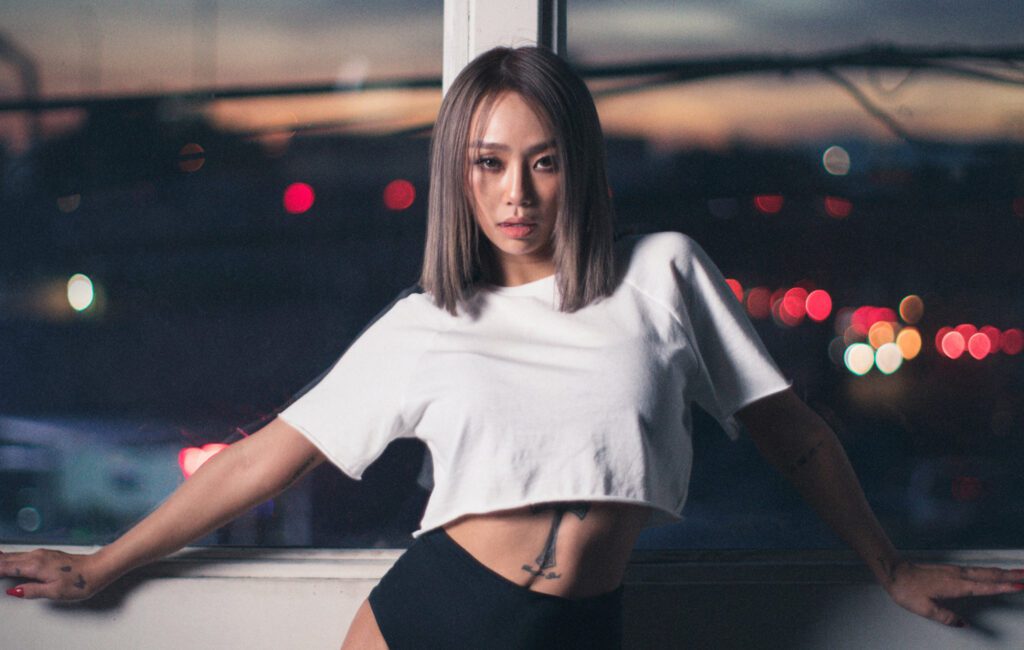 The captivating video treatment features scenes of the vocalist strutting along the hallways of a mansion, filled with with gold and white furniture, while performing the sultry track. Later, she joins different groups of back-up dancers for the song’s steamy chorography. which was done by Nicole Kirkland, who Hyolyn previously worked on for ‘Bae’, ‘A-Ha’ and more.

‘Layin’ Low’ had first been announced in November 2021 and was initially slated for release that same month, but was subsequently pushed back “after much consideration to visit fans with higher completeness”, according to Hyolyn’s agency BridƷ Entertainment.

Her last release for 2021 was instead the Christmas single ‘A-Ha’. That song was Hyolyn’s second release of the year, following her reunion with fellow ex-SISTAR member Dasom on the song ‘Summer Or Summer’.

‘Summer Or Summer’ was the first time any of the SISTAR members had collaborated on new music since the group’s disbandment in 2017. In May 2017, the four-member group dropped the single album ‘Lonely’, their final single together, before parting ways.

Meanwhile, Hyolyn’s last record was her solo mini-album titled ‘Say My Name’ which was released in August 2020 and featured a total of six tracks. The project included hits such as ‘Dally’, which featured K-hip-hop artist Gray, and summer anthem ‘See Sea’.