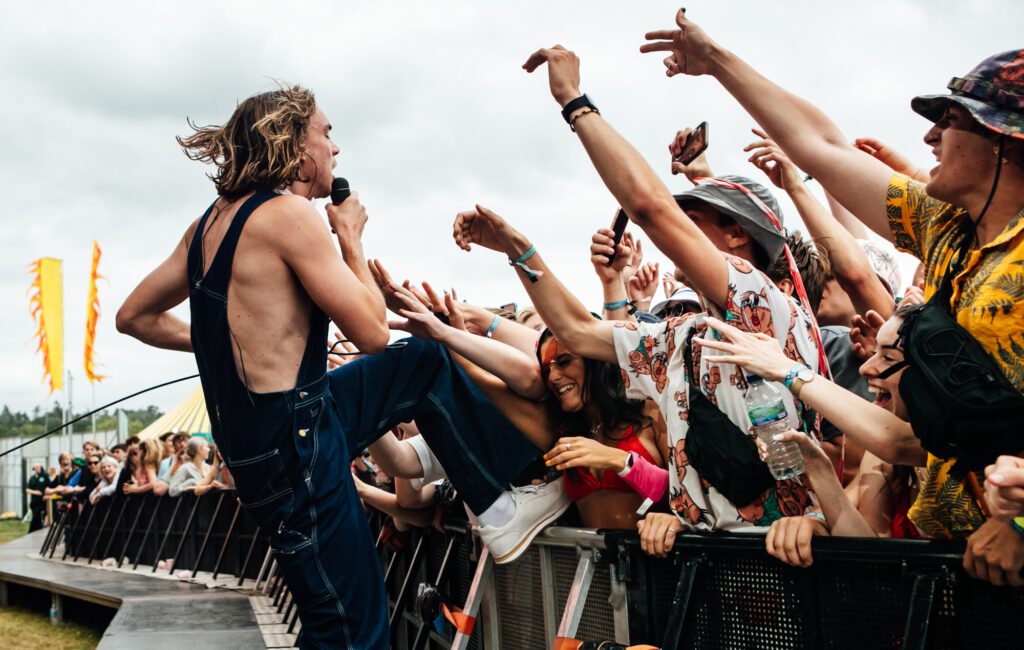 A couple got engaged during Sports Team‘s show in Leeds last night (November 18). Check out the footage below.

The band, who released their debut album ‘Deep Down Happy’ in 2020, were performing at the city’s University Stylus venue as part of a rescheduled run of UK and Ireland dates for 2021.

At one point in the set, couple Will and Susannah joined Sports Team onstage before Will got down on one knee to propose in front of the band and crowd.

Sports Team took to social media this morning (November 19) to share an image of the special moment. “Congrats Will and Susannah, a marriage built on the Leeds Stylus stage is a marriage built to last,” they wrote as the caption.

Elsewhere, a fan shared a brief clip of the audience cheering and applauding the pair. See those posts below.

The crowd’s reaction was wholesome :)) pic.twitter.com/v3n3gvpX8Y

Sports Team will resume their tour in Belfast tomorrow (November 20) before visiting Dublin (21), Bristol (23), and London (25). You can find any remaining tickets here.

Meanwhile, it’s been announced that the group will perform at Tramlines festival in Sheffield next summer. Set to take place at Hillsborough Park, the event will include headline performances from Sam Fender, Kasabian and Madness.

In a four-star review of ‘Deep Down Happy’, NME wrote: “As the band have said repeatedly in interviews, they want liking Sports Team to be a statement of intent. They’ll get as much hate as they will adoration: you’re either with them or you’re not.

“Whichever side you come down on, having the singer of an indie band in 2020 sincerely saying he wants to play Knebworth feels like a refreshing shot in the arm for a genre whose mission statement has been ‘we make music for ourselves – if anyone else likes it, that’s a bonus’ for over a decade.”