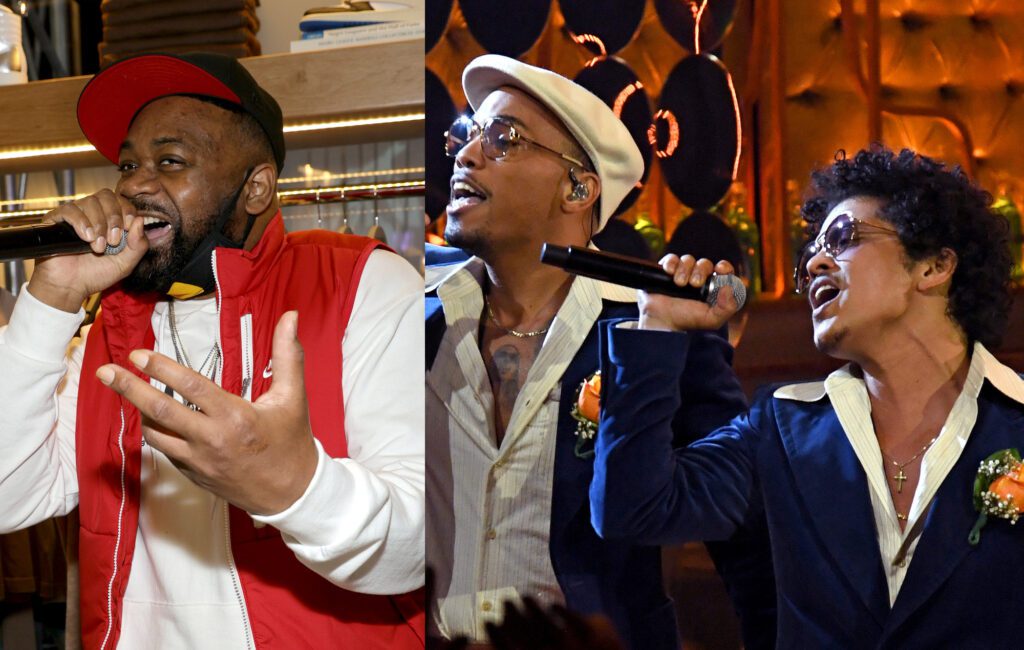 Ghostface Killah (aka Dennis Coles) has declared himself a massive fan of Silk Sonic – the collaborative project of Bruno Mars and Anderson .Paak – saying in a new interview that he’s to keen to link up with the duo.

Speaking with HipHopDx, the Wu-Tang founder joked that he planned to confront Mars over his absence from the project, noting that he has a particular affinity for the duo’s beats.

Coles went on to say that he’d leap at the opportunity to collaborate with Silk Sonic, but hasn’t been able to get a conversation started due to the pair’s celebrity-induced elusiveness. “I never hit them up because, first of all, it’s hard to get in touch with these guys,” he said.

“You can’t even DM them. They won’t see it unless they follow you. I wish I could get to them and talk to them and be like, ‘Yo, let’s do shit. Let’s do a six-song project just for the fuck of it.’ It’s music now. Let’s just do it. I’m ready for it.”

Silk Sonic’s debut album, ‘An Evening With Silk Sonic’, was released on Friday (November 12) via Aftermath / Atlantic. Flanked by the singles ‘Leave The Door Open’, ‘Skate’ and ‘Smokin Out The Window’, the album marks Mars’ first since 2016’s ’24K Magic’, and Anderson’s first since 2019’s ‘Ventura’.

In a five-star review, NME writer Sophie Williams said the album “glows with appreciation for the simple but irreplaceable power of working alongside someone you trust and respect like no other — and it sounds as effortless and rewarding as an old friendship”.

The duo reportedly met in 2016, when Anderson supported Mars during the European leg of the latter’s ‘24K Magic’ album tour. Speaking to Rolling Stone earlier this year, the pair revealed they were in the studio just one week later.

After releasing ‘Leave The Door Open’ in March, the duo gave their first live performance as Silk Sonic the same month at this year’s Grammys. Ghostface Killah later remixed the track, with his tongue-in-cheek spin on it premiering via radio in July.

It’s not yet known when (or if) Ghostface Killah will officially release his remix on streaming platforms.