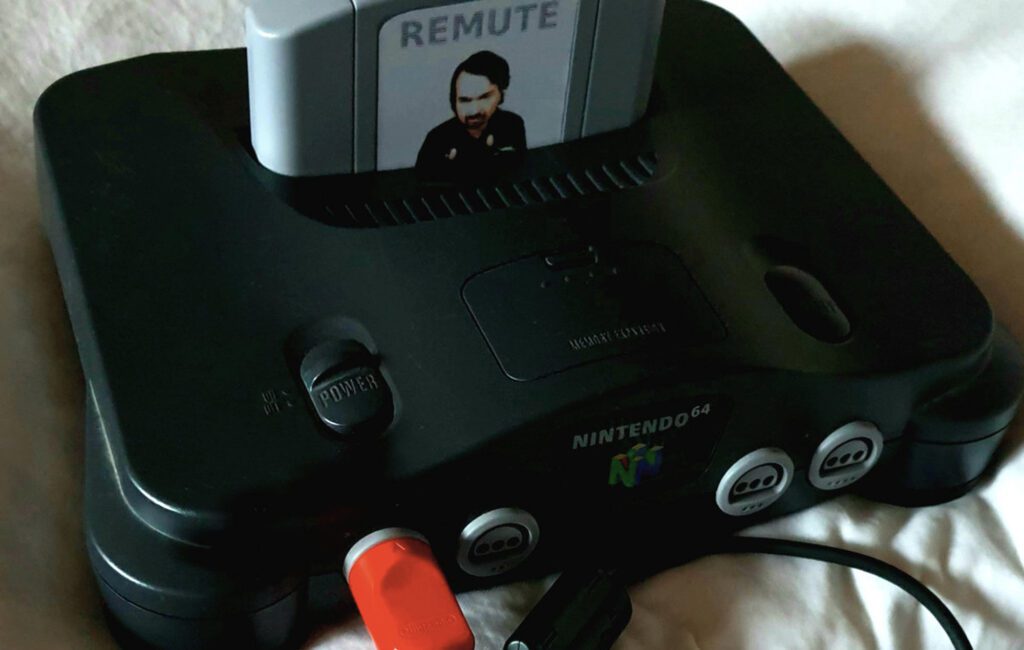 Hamburg-based musician Remute has announced that his next project will be “the first ever music album released as a Nintendo 64 cartridge”.

Remute’s next album will be called ‘R64’ and will be housed on a Nintendo 64 cartridge. As Remute clarifies on his Bandcamp page, this isn’t simply a packaging gimmick – the N64 cartridge will be a fully-functional “cartridge for your console”, so buyers will need a Nintendo 64 to use the cartridge.

Remute – who has previously released albums as cartridges for retro consoles like the SNES and Game Boy – says that fans can expect copies of ‘R64’ to start shipping from around March 25, 2022.

As for what’s on it, Remute says it’s his “most diverse and playful album so far and contains 15 brand new songs ranging from ultra-catchy electro pop reminiscent of Yello, Kraftwek or Yellow Magic Orchestra to sinister techno and house excursions”.

Of course R64 will also feature some trippy 3D eye candy while you listen to the tunes. We're talking of 64 bit here. 🙂
Just think of MTV Party Zone.https://t.co/mhQ0jph66I pic.twitter.com/k1YDL7LTY2

As ‘R64’ is contained in a Nintendo 64 cartridge, it’s also subject to the hardware limitations of the 1990’s console. ‘R64’ uses just 8MB of storage to play, and Remute adds that there’s no “cheating” – the album (or the cartridge) hasn’t been modified with any “embedded MP3 player” or “terribly compressed WAV files on a microSD card”.

Remute also thanks “genius Nintendo 64 dev” Rasky for not only creating the sound engine used by the unique album, but also for making a “trippy 3D experience” to accompany the album.

If you find yourself lacking a Nintendo 64 console, have no fear – the “Plus Edition” of ‘R64’ also comes with a 7″ vinyl with hi-res versions of several songs from the album.

In other news, Riot Games has shared plans to pay employees 25 per cent of their salaries if they’d like to quit, following a lengthy blog outlining a new direction for the company.