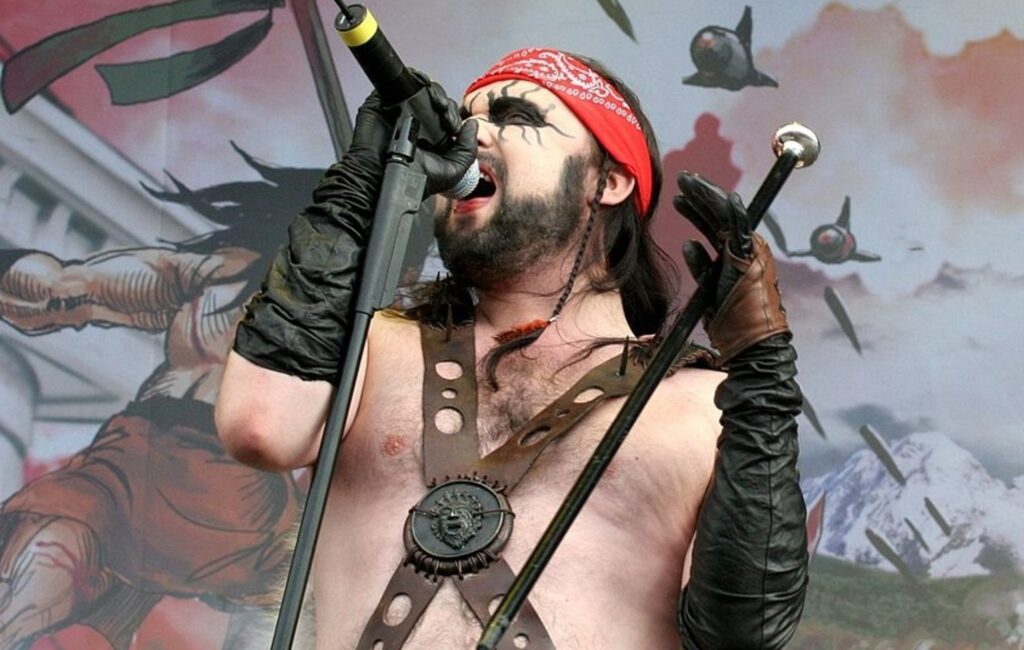 His death was confirmed by his family, who told Norwegian newspaper Tvedestrandsposten that Helvete (real name Hans Erik Dyvik Husby) died on Friday (November 19). No cause of death has yet been revealed.

The singer’s former Turbonegro bandmates have paid tribute on Instagram. ​”We are thankful for the times, the moments and the magic we shared with Hans-Erik in Turbonegro,” they wrote, alongside a photograph of Hank applying his trademark makeup.

“As a charismatic frontman who equally channeled humor and vulnerability, Hans-Erik was crucial for the band’s appeal. He was a warm and big hearted human, a spiritually and intellectually seeking person who loved having a conversation with anyone. We are proud of what we created together as rock brothers in Turbonegro — the music, the characters, our whole universe.

“Hank Von Helvete remains an iconic figure in the history of Norwegian rock and popular culture, and also made a mark as a profile in the international rock´n´roll community.Actor, romantic and entertainer — through his life Hank left no doubt that he was a man for the stage, loving the spotlight and the room’s attention. Our thoughts and hearts go to his family. Rest In Peace.”

From 1994 to 1998, the band would go on to put out four well-received albums, including ‘Apocalypse Dudes’, before going on hiatus in 1999, citing Hank’s increasing drug problems – most notably with heroin – as the cause.

In 2003, after a stint in rehab, relocating to his childhood home and working in radio, Hank rejoined Turbonegro and the band returned in 2003 with ‘Scandinavian Leather’. From there, they became one of the biggest bands in Norway, finding success across Europe and in America thanks to that album and follow-ups ‘Party Animals’ (2005) and ‘Retox’ (2007).

Hank left the band in 2010 to begin a solo career, releasing ‘I Declare: Treason’ with the supergroup Doctor Midnight & The Mercy Cult in 2011. In 2018, he released his first solo album, ‘Egomania’, and followed it up with last year’s ‘Dead’.

Most recently, Hank contributed guest vocals to the song ‘Black Hearse Cadillac’ on the latest album from Me And That Man, the band led by Behemoth frontman Adam “Nergal” Darski.