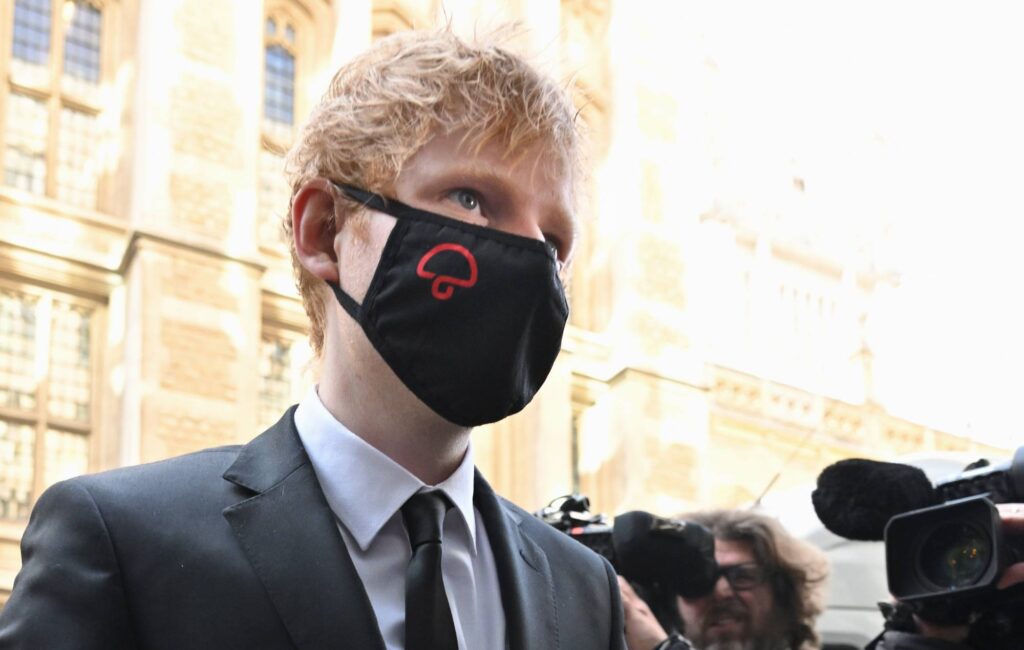 Ed Sheeran sang Nina Simone‘s ‘Feeling Good’ and Blackstreet‘s ‘No Diggity’ in London’s High Court yesterday (March 8) as his ongoing plagiarism court case regarding his song ‘Shape Of You’ continues.

Sheeran has denied lifting the “oh I, oh I, oh I” hook in his 2017 hit single from Sami Chokri’s (AKA Sami Switch) 2015 track ‘Oh Why’. The singer has also rejected the suggestion that he heard ‘Oh Why’ before he wrote ‘Shape Of You’ in October 2016.

As BBC News reports, Sheeran sang snippets of Simone’s 1965 rendition of ‘Feeling Good’ and Blackstreet’s 1996 hit ‘No Diggity’ in court yesterday in an effort to illustrate how the “oh I” melody is commonplace in pop music. “If you put them all in the same key, they’ll sound the same,” Sheeran argued.

Lawyers for Chokri and O’Donoghue played audio from the recording sessions for ‘Shape Of You’ to the court, in which Sheeran could be heard saying that he needed to change the “oh I” melody because it was “a bit close to the bone”.

“We thought it was a bit too close to ‘No Diggity’,” the singer told the court in response. “I said that… we should change it.”

Asked whether ‘Shape Of You”s melody bore a similarity to Chokri’s song, Sheeran replied: “Fundamentally, yes. They are based around the minor pentatonic scale [and] they both have vowels in them.” But he denied that the “oh I” phrase came from listening to the chorus of Chokri’s ‘Oh Why’.

Asked repeatedly about who had come up with the “oh I” phrase, Sheeran said that ‘Shape Of You’ had been a collaborative effort with his co-writers Steve Mac and Johnny McDaid.

“Three people could not create the germ of the melody,” Andrew Sutcliffe QC, representing Chokri and O’Donoghue, suggested, to which Sheeran replied: “Why can’t three people create a melody?”

The court also heard how Sheeran and his co-writers tweaked the first version of ‘Shape Of You’ due to similarities with the Bill Withers song ‘Grandma’s Hands’ and TLC‘s ‘No Scrubs’.

Sheeran noted that he sought clearance from the ‘No Scrubs’ songwriters, but they did not respond before ‘Shape Of You’ was released (Kandi Burruss, Tameka Cottle and Kevin “She’kspere” Briggs were subsequently credited as songwriters).

“Your approach is take it, change it and make lots of money, isn’t it?” Sutcliffe asked Sheeran, who denied the accusation and later added that a “musicologist went over [‘Shape of You’] and found similarities, and we changed the similarities”.

Earlier this week, Sheeran revealed in court that he had written 25 songs with The National‘s Aaron Dessner.