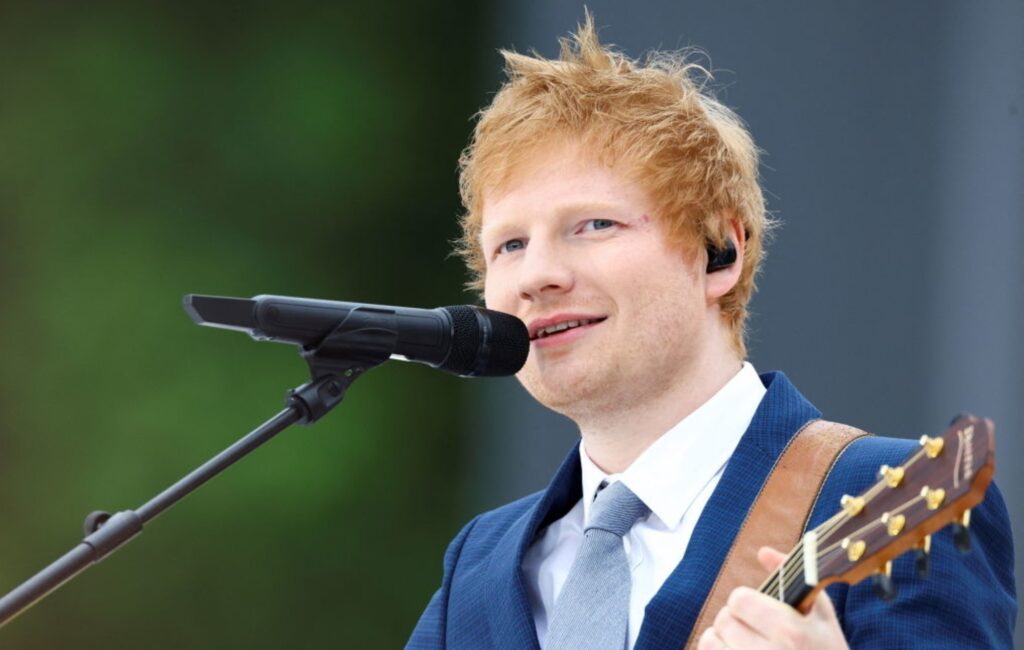 Ed Sheeran has promised that his ‘Mathematics’ tour will land on US shores sometime in the near future.

The ‘Shape Of You’ hitmaker is currently at the end of the UK leg of the tour in support of his latest album ‘=’, with two shows left at London’s Wembley Stadium tonight (June 30) and tomorrow (July 1), before heading out to Europe next week.

In an interview on the Late Late Show on Tuesday (June 28), Sheeran revealed that he’ll be touring the US – but probably not this year.

“I think we’re gonna announce by the end of the year,” Sheeran said about a potential North American tour. “We’re basically finalising a route now.”

“I’m super excited to bring this tour, it’s an insane-looking tour,” Sheeran continued. “We basically planned it from the end of the ‘÷’ tour, because it was sort of well-publicised that it was the most people had gone to this tour, so I was like if we come back, we have to do all bells and whistles. The stage is nuts… there are fireworks and flames, there’s a band, it’s a whole thing.”

The singer-songwriter also gave a hint at what US audiences can expect from the upcoming shows. “You go on tour, for my first album, I basically just played my first album live. And my second album was like little bits of both, and my third album was little bits of both, whereas this one the setlist is pretty much just songs people know,” Sheeran said.

Host James Corden then asked Sheeran – who was sat next to fellow guest, actor Vin Diesel – what three tracks will likely remain staples in his setlist for the rest of his career: ‘Perfect’, ‘Bad Habits’, and ‘Shape Of You’, he answered.

The three artists – who worked together on Sheeran’s 2017 single ‘Shape Of You’ – had been accused of lifting from a song, ‘Oh Why’, by musicians Sami Chokri (aka Sami Switch) and Ross O’Donoghue. The pair claimed Sheeran’s song featured “particular lines and phrases” similar to their own song, calling him “a magpie”.

Sheeran, McCutcheon and McDaid denied accusations of plagiarism, with the former saying in his testimony on March 7: “I have always tried to be completely fair in crediting anyone who makes any contribution to any song I write.” McDaid, in his testimony, called the idea of plagiarism “abhorrent”.