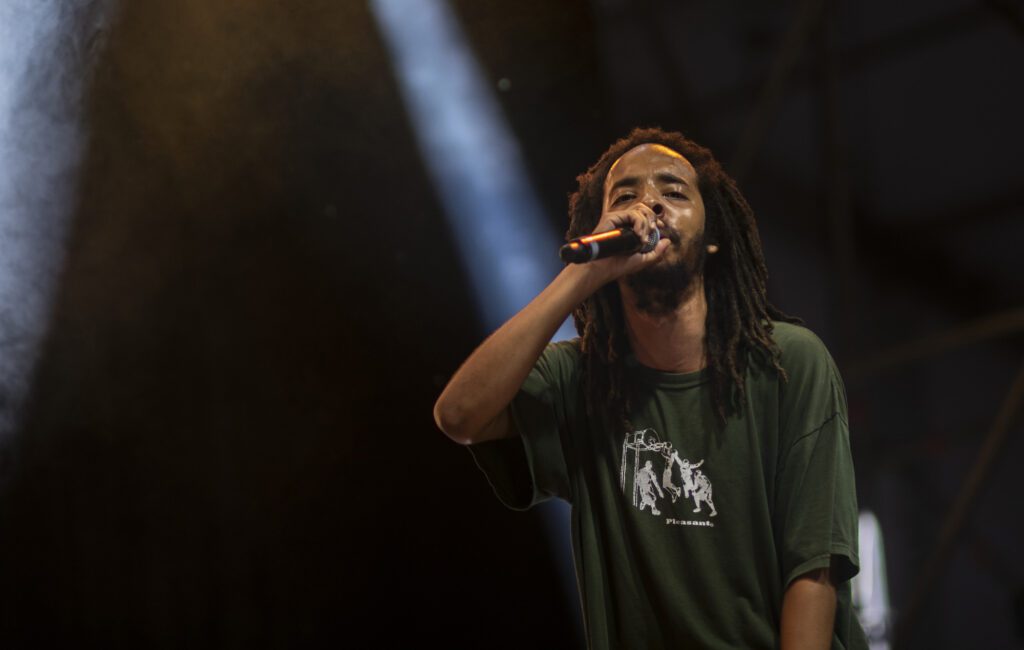 Earl Sweatshirt has revealed he has a new project on the way titled ‘Sick!’, marking the announcement with a track from the forthcoming LP.

The new cut, ‘Tabula Rasa’, features hip-hop duo Armand Hammer, and was produced by Theravada and Rob Chambers. It’s reminiscent of a ’90s rap cut, with a repetitious piano line, slinky percussion and samples of muffled speech that sound like they’ve been lifted from an old-time movie.

An accompanying music video directed by Joseph Mault also arrived alongside the track, comprising grainy, VHS-style footage of Sweatshirt and Elucid and Billy Woods of Armand Hammer recording the song. Check it out below.

“Sick is my humble offering of 10 songs recorded in the wake of the worldwide coronavirus pandemic and its subsequent lockdowns,” Sweatshirt said of the forthcoming project in a press statement.

“Before the virus I had been working on an album I named after a book I used to read with my mother (The People Could Fly). Once the lockdowns hit, people couldn’t fly anymore. A wise man said art imitates life. People were sick. The People were angry and isolated and restless. I leaned into the chaos cause it was apparent that it wasn’t going anywhere.

‘Sick!’ is slated for release on January 14, via Tan Cressida and Warner Records. Check out the album’s cover art here.

‘Tabula Rasa’ is the second new single from Sweatshirt in as many months, following November’s ‘2010’, produced by Black Noi$e.

He released his last EP ‘Feet Of Clay’ in 2019, which NME gave four stars in a review.