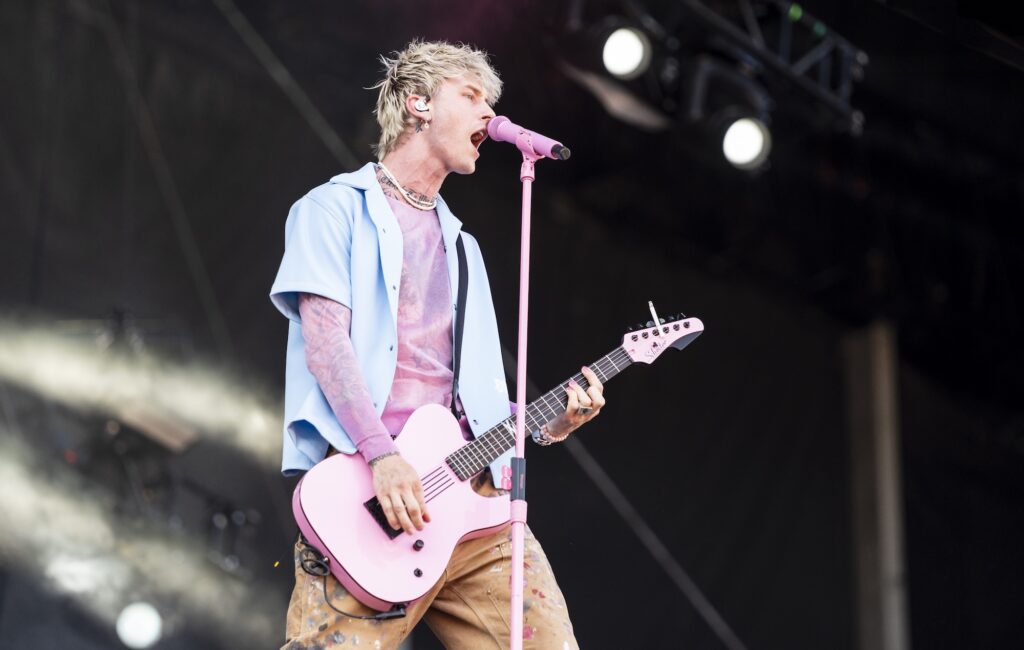 Machine Gun Kelly narrowly avoided getting hit by bottles and tree branches thrown by some of the crowd at the metal-oriented Aftershock Festival in Sacramento, California on Saturday (October 9).

Kelly received a somewhat mixed reaction when he stepped onstage for his set at the festival – which also featured the likes of Metallica, Anthrax, Testament and Gojira on the lineup – with cheers from the front rows and boos from up the back.

“This morning I was like, ‘Do we get on the plane and go to this?’” Kelly told the crowd at the start of his set.

“I was sitting there thinking about the last festival we did where this 10-year-old got her poster ripped up just for liking me. I’m doing this show for her and everyone who came to see us play.”

Footage from the set sees the rapper-turned-rocker climb atop a tent during a performance of his song ‘Nothing Inside’, and shows a handful of bottles and beverage containers being hurled his way throughout.

Kelly received a somewhat similar crowd response when he performed at Louder Than Life festival in Louisville, Kentucky late last month. Footage from the metal-leaning event showed some of the crowd booing and giving him the middle finger. Kelly also swung a punch at one festival-goer, who jumped the barrier and charged at him.

While it’s not clear why either incidents occurred, one theory is they stem from MGK’s recent feud with Slipknot frontman Corey Taylor – though the band performed at neither festival.

MGK directly dissed Taylor and the band during his appearance at Riot Fest in Chicago last month, after Taylor appeared to dismissively allude to Kelly in an interview earlier this year.

“I hate all new rock for the most part,” Taylor said during an interview on podcast Cutter’s Rockchat, though not naming Kelly directly. “I [hate] the artists who failed in one genre and decided to go rock and I think he knows who he is. But that’s another story.”

Kelly hit back during his Riot Fest set, telling the crowd: “Hey, you wanna know what I’m really happy that I’m not doing? Being 50-years-old wearing a fucking weird mask on a fucking stage, talking shit.”

The feud then moved to Twitter, when Kelly claimed that Taylor contributed a “fucking terrible” verse to his 2020 album ‘Tickets to My Downfall’, that didn’t end up being used.

“He got mad about it, and talked shit to a magazine about the same album he was almost on, Kelly wrote at the time. “Just admit he’s bitter.”

Taylor responded in kind, sharing screenshots of emails between Taylor and Kelly’s ‘Tickets to My Downfall’ collaborator Travis Barker that indicated the Slipknot frontman was the one to turn down the collaboration, after Kelly made suggestions for how it could be changed.

The likes of Trivium’s Matt Heafy and Seether’s Shaun Morgan have since weighed in on the feud.