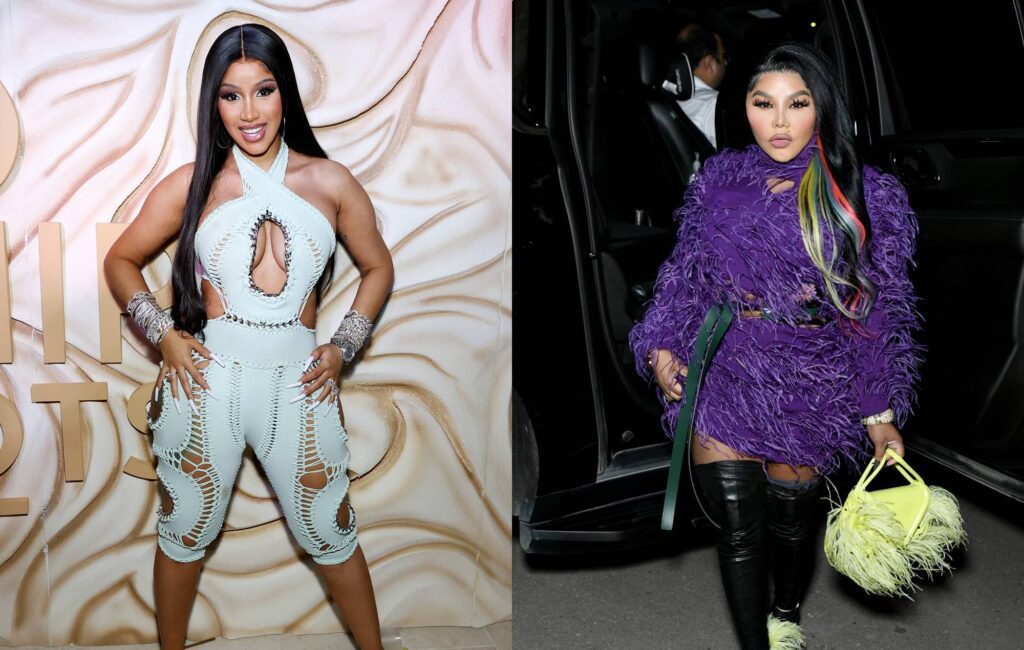 Cardi B has come to Lil’ Kim‘s defence against people that have been criticising the rapper on social media.

Lil’ Kim recently released a new holiday single titled ‘Santa Papi’, which appears on the soundtrack to Nick Cannon’s film Miracles Across 125th Street. The song, in which Lil’ Kim attempts to seduce Santa with lyrics like “If you throw some dollars at me / I’ma make it clap“, has had mixed reactions since its release.

Social media, in particular, has been full of harsh criticism but through the negativity, some, like Cardi B, have attempted to defend the veteran New York rapper.

“I’m tired of it and it’s heartbreaking,” Cardi wrote on Twitter. “She’s is so sweet ,supportive and a REAL FUCKIN LEGEND ..I remember when I used to beef wit bitches and I used to put on my MySpace her song FUCK YOU! I think it gotta be these 2000’s born kids on this app that don’t know about shit!”

I’m tired of it and it’s heartbreaking…She’s is so sweet ,supportive and a REAL FUCKIN LEGEND ..I remember when I used to beef wit bitches and I used to put on my MySpace her song FUCK YOU!😂I think it gotta be these 2000’s born kids on this app that don’t know about shit! https://t.co/s2ZkCgJLnx

When someone replied to Cardi’s tweet asking why she hasn’t collaborated with Lil’ Kim yet, Cardi explained her reasoning.

She wrote: “What do a collab go to do with someone constantly getting CYBER BULLY? before a artist I am a woman wit feelings and I know how much it hurts to constantly get picked on…When I collab wit her is going to be at the right time & the right song.I don’t rush BIG MOMENTS!

Others have similarly come to Lil’ Kim’s defence. One person tweeted: “You cannot erase a legacy that’s already stamped…Lil Kim will remain iconic and legendary and the blueprint…hate it or love it.”

In other news, Cardi B has said that she’s planning on releasing her next album in 2022. In a message to her Instagram followers on December 13, Cardi updated her fans on the progress of her new record.

“It’s been a lot trying to balance out my new motherfucking life,” Cardi said. “I have a lot of jobs now. I’m in a lot of positions that require a lot of my time, and on top of that, I gotta put out this album next year. Not only do I got to put out an album, but I gotta record a movie: I’ve got to do so much shit, y’all.”

Cardi B’s last music release was the song ‘Bet It’, which featured on the soundtrack of the recent Netflix film Bruised.