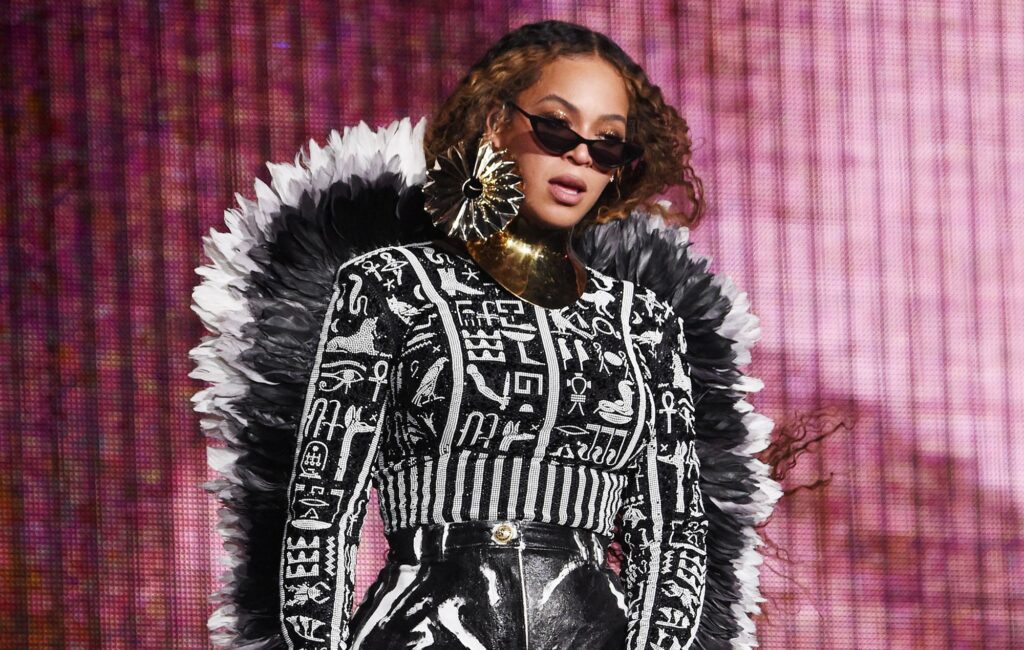 Beyoncé has reached another milestone on the back of her seventh album, ‘Renaissance’, becoming the fourth woman in history to have 10 songs top the Billboard Hot R&B/Hip-Hop chart.

As reported by Billboard themselves, the outlet established the chart in 1958, with only three other women having solo releases top that chart 10 or more times since then.

Aretha Franklin reached the milestone twice in the peak of her 63-year tenure, racking up 20 Number Ones between 1967 and 1985. Janet Jackson follows closely with 16 inclusions, while Mariah Carey ties with Bey at 10.

Bey’s achievement comes from the success of  ‘Renaissance’ lead single ‘Break My Soul’, which reached Number One on the Hot R&B/Hip-Hop chart this week. It was bumped up from Number Four thanks to an influx in streams and sales of ‘Renaissance’, earning 18.9million US streams in the week ending August 4 (a 114 per cent boost from the week prior) and shifting 13,000 digital downloads (a boost of 113 per cent).

Bey’s first Number One on the chart was 2003’s Jay Z-assisted ‘Crazy In Love’, which spent three weeks in top spot that July. She chased it up just a few months later with the Sean Paul joint ‘Baby Boy’, usurping her record with five weeks at Number One. She had similar back-to-back hits in 2006, topping the chart that September with ‘Deja Vu’ (featuring Jay Z) and ‘Irreplaceable’ in December.

2008 gave Bey her biggest hit on the Hot R&B/Hip-Hop chart, when ‘Single Ladies (Put A Ring On It)’ reigned supreme for an impressive 12 weeks that November. Four years later, ‘Love On Top’ spent seven weeks in top spot in March 2012, while 2014’s ‘Drunk In Love’ and ‘7/11’ both spent a single week there. Prior to ‘Break My Soul’, her most recent Number One came courtesy of her guest spot on Megan Thee Stallion’s 2020 single ‘Savage’.

Earlier this week, ‘Renaissance’ debuted at Number One on the US’ Billboard 200 albums chart. All seven of Bey’s studio albums have peaked in the top spot, however her latest is notably significant in that it’s already become her highest-charting record in every major market. In addition to the US, it debuted at Number One in the UK, France, Ireland, the Netherlands, Canada, Australia and New Zealand.

In a four-star review of ‘Renaissance’, NME’s Kyann-Sian Williams said Beyoncé’s latest album “continue[s] leading the charge to bring Black culture back to the forefront of house and dance scenes”. Among other fans of the album were Lil Nas X, who declared that ‘Renaissance’ is “kinda changing my life somehow”.

Days after the album was released, Beyoncé shared a four-track EP of ‘Break My Soul’ remixes, followed by a standalone remix helmed by herself and Madonna. There have been a few controversies surrounding the album, though, with Bey being forced to scrub an ableist lyric from the track ‘Heated’, and an interpolation of Kelis’ song ‘Milkshake’ from ‘Energy’.

Tomorrow (August 12), Bey will join Roland Isley of the Isley Brothers on a new song. The track is a re-work of ‘Make Me Say It Again Girl, Pts. 1 & 2′, lifted from the Isley Brothers’ 1975 album ‘The Heat Is On’. A teaser shared by Isley features him and Beyoncé each singing a line from the song.