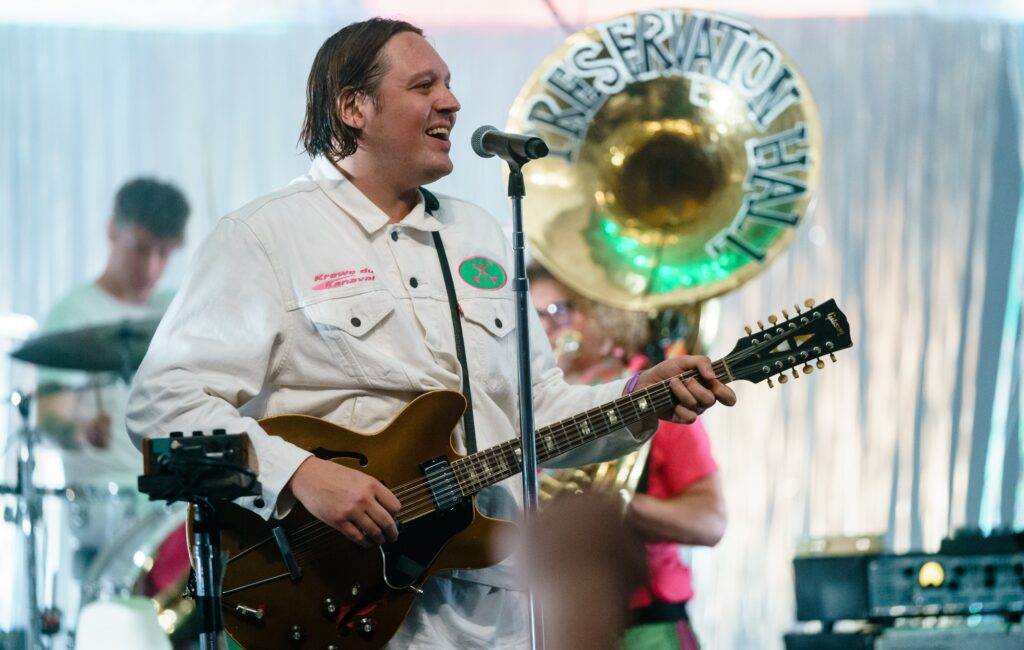 Arcade Fire have posted a brief snippet of new music on their official website as anticipation builds around the band’s return.

Earlier this month, fans of the Canadian group began sharing images of mysterious postcards that they’d received in the mail. They displayed the message words “we missed you” above a stave filled with musical notes.

The cards also featured a hand-drawn illustration of an eye that currently appears as Arcade Fire’s profile picture on their social media accounts and has also been spotted on posters in cities such as London and Toronto.

After sending further postcards to members of their fanbase this week, Arcade Fire have sparked fresh excitement over their comeback by hiding a short clip of a new track on their website.

Upon visiting the contact page of the site, users are met with the same ‘AF’ logo and eye drawing that were teased previously (see the image below). Fans are able to click on the latter animation, which triggers a synth and orchestral loop.

This time, the eye character is seen holding a sign that reads “We” while standing inside a close-up pupil. As one Reddit user pointed out, the source code for the page in question contains further musical notation.

Another fan previously performed the notes from the sheet music featured on each of the four postcards that have been sent out in an effort to uncover more about Arcade Fire’s upcoming new material – listen to the results here.

Win Butler and co’s most recent studio album, ‘Everything Now’, came out in 2017. Their latest music release was the 45-minute song ‘Memories Of The Age of Anxiety’, which was released in April 2021 for a meditation app.

“We had been writing for a year and were doing our first session towards the record when COVID came down,” he said, adding: “I’ve just been writing, like I can’t remember a time where I’ve written more.”