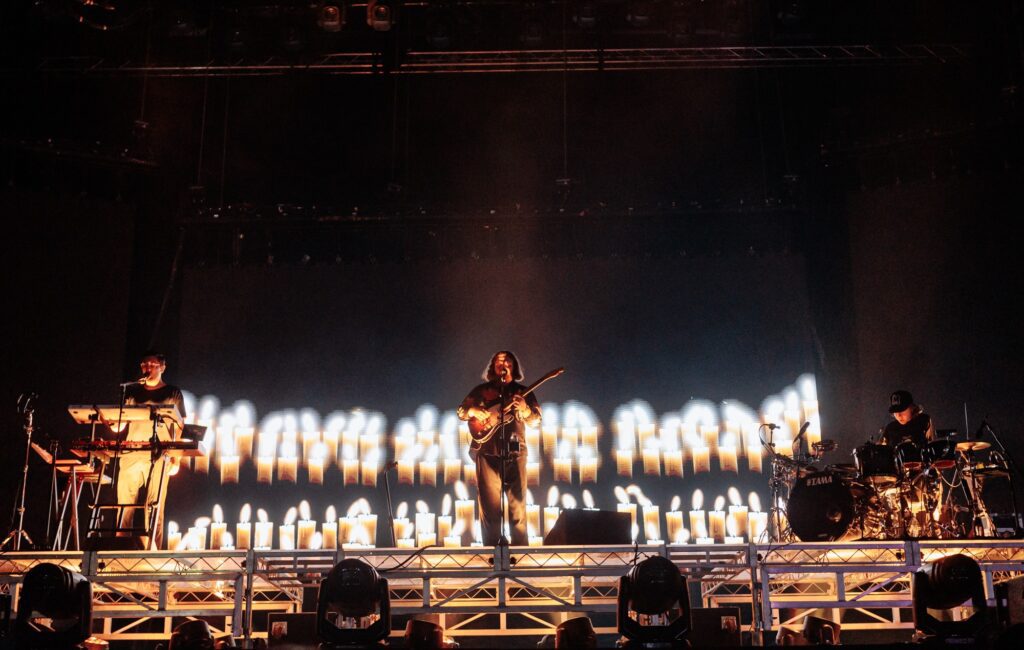 Alt-J spoke to NME backstage at Mad Cool 2022 about their desire to work with Belgian dance-rock heroes Soulwax, who they have described as “legends”. Watch our video interview in full above.

The London-based band have spent the past few months drip-feeding new remixes of tracks from their latest album, ‘The Dream‘. Released in February, the record was described by NME as “a rich collection of lush and uncharacteristically reflective songs”. Since then, the trio have teamed up with the likes of London DJ Maya Jane Coles to rework ‘Hard Drive Gold’ and producer Ben de Vries, who took on ‘The Actor’.

Soulwax are the next collaborators they’d like to work with, as keyboardist Gus Unger-Hamilton explained to us. “We’re trying to get a Soulwax remix at the moment, which would be really cool,” he said. “Our tour manager used to manage Soulwax, and we’re always pressing him to tell us crazy stories from touring with them – and he seemingly has a limitless supply of stories, but they’re all absolutely top-shelf. They can’t be revealed!”

The band continued to describe how they enjoyed Soulwax’s recent electro-pop remix of Wet Leg’s ‘Too Late Now’, lifted from their eponymous debut album. Vocalist and guitarist Joe Newman also revealed that he’s a fan of the Isle of Wight duo, having discovered them online last year.

“I found out about Wet Leg about eight months ago. I was looking on YouTube, and I saw this band playing ‘Chaise Longue’,” he said. “I thought they were Scandinavian at first, because they looked so cool. It was such a refreshing song that it made me think, ‘Who are they?!’

He continued: “I immediately began to delve into their other songs as I wanted to know who they were. [Wet Leg] are also from the Isle of Wight, which is not far from Southampton, which is where I’m from, so I immediately felt a kinship with them.”

Looking to the future, Alt-J told us that they’d “love to win another Mercury Prize”, and referenced how their 2012 debut album ‘An Awesome Wave’ won the award a decade ago. Newman quipped: “We’d certainly settle for a Grammy next year!”

Check back here at NME for the latest news, interviews, photos and more from Mad Cool 2022.

NME is an official media partner of Mad Cool Festival 2022