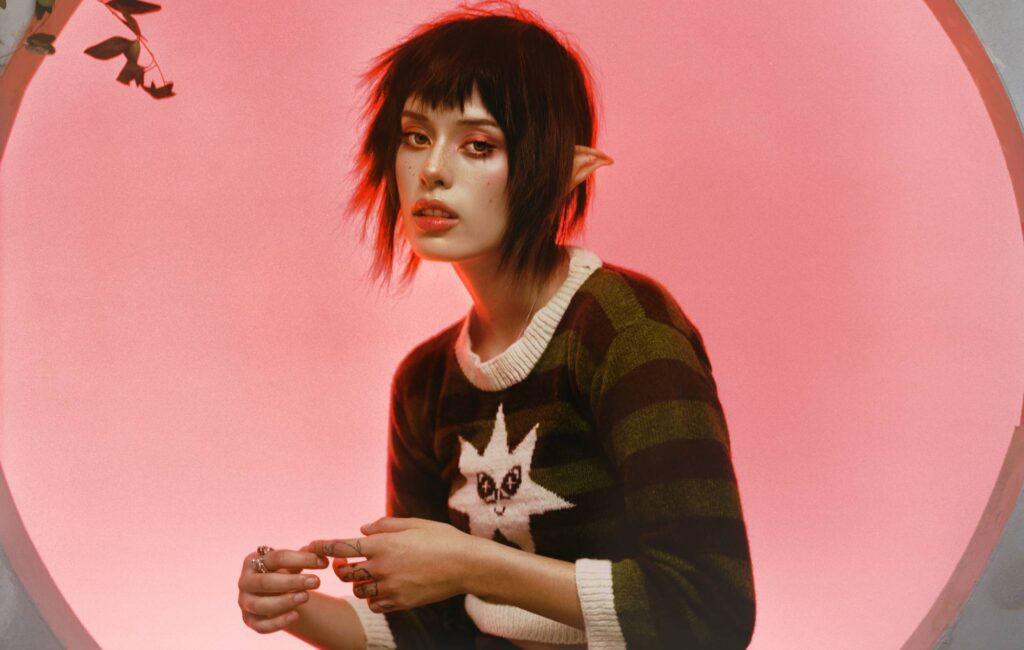 Alissic has shared her new single ‘Piano’, with a video co-directed by husband and Bring Me The Horizon frontman Oli Sykes. Check it out below, and watch our interview with Alissic above.

Having received hype, acclaim and millions of streams following her debut single ‘Like‘ last year, the Brazilian-born avant-pop singer today (October 13) returns with ‘Piano’ – a haunting piece that tackles themes of mental health and helping others feel less alone.

“It’s about people self-harming, and them not really seeing everyone around them,” Alissic told NME. “It’s saying, ‘I’m here, and I see you hurting yourself’. I wanted to write something that showed the other side. The whole story is about a prince who self-harms, I’m here to help, but the prince is so caught up in his own world that he doesn’t see it.

“The message is for whoever is listening and going through the same situation as my prince to realise that they’re probably not alone after all. I want people to feel like they’re seen.”

The artist – real name Alissa Salls – allowed herself to “experiment a little with combining my vision with the music” this time, with the unusual and frog-heavy video closely matching the world that she imagined the song to inhabit.

“I usually start making the storyboard as soon as I’ve finished the music,” Alissic revealed. “I really like drawing, so the coolest part of making music to me is to make the video and create the whole world around it. I draw everything that I can think of as when I listen to music I can see things.”

As well as new sets of fangs, Alissic said that she also shared an artistic vision with her husband Sykes – who co-directed the video for ‘Piano’ with her.

“I couldn’t let anyone else direct it, apart from Oli,” she said. “He’s really good at helping me to bring my vision alive when we’re directing together.”

The pair met when Salls was working as a model on a project for Sykes’ Drop Dead Clothing Line, when they realised the shared creative ideals that they had in common.

“Being with him inspired me to go and fetch my dreams,” she said. “I always wanted to be a musician and I used to be a model before. My art was very special to me and I wanted other people to see it so it was just perfect.”

Admitting that her and Sykes are unlikely to record a full project together soon (“but maybe one day,” she admitted), for now Alissic is set on continuing to release one-off singles to showcase more of the unique sonic and visual world she has painted in her mind.

“I’m very inspired by 2000s’ pop, but I also like to make it sound a bit more unusual,” Alissic told NME. “I like things that are spooky, but also very pop. I’m trying to create a character that’s like Britney Spears but part of a Tim Burton film.”

She added: “I have big plans. I want to go live and play in front of a lot of people, but right now it’s just about creating this world.”

Watch our full video interview at the top of the page where Alissic also discusses her new fangs, live plans, and more.