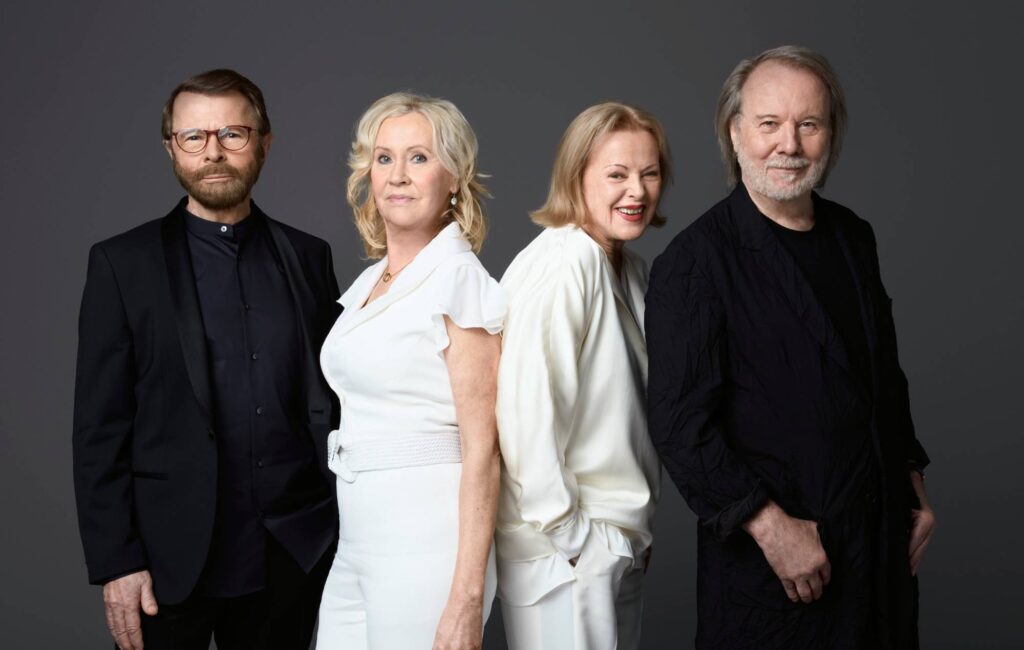 ABBA have announced that their first Christmas single, ‘Little Things’, will arrive as a special CD release next month.

The festive track, which appears on the Swedish icons’ new album ‘Voyage’, will be available physically from December 3. You can pre-order it here.

An accompanying Christmas-themed video is also expected, with the band telling fans to “watch this space”.

The single includes the lyrics: “Little things/ Like your sleepy smile/ As the brand new day is dawning/ It’s a lovely Christmas morning.” Elsewhere, the band sing of the “joy Santa brings“, “stockings full of nice little things” and “tiny elves with wings“.

You can see the official artwork for ‘Little Things’ below.

In a review of ‘Voyage’, NME described the track as “a twinkly Christmas song that’s sickly-sweet even before [ABBA] bring in a children’s choir. Frankly, it would feel even more mawkish if it weren’t for the poignancy in Fältskog and Lyngstad’s beautifully mature voices.”

Last week saw ABBA land a UK Number One album with ‘Voyage’ as well as earning the fastest-selling vinyl of the century. The group’s first studio effort in 40 years registered 204,000 chart sales in the seven days since its release.

ABBA are set to showcase their new record with a string of “revolutionary” concerts at London’s Queen Elizabeth Olympic Park in 2022.

In a recent interview, the group’s Anni-Frid Lyngstad (aka Frida) said that she’s “learnt to say ‘never say never’” in regards to future new material. Her bandmate Benny Andersson previously explained that ABBA would retire after releasing ‘Voyage’ and completing its accompanying live events.

Agnetha Fältskog, meanwhile, said she “felt that maybe [the ‘Voyage’ concert would be] the last thing we do. Same thing with the album.”

ABBA recently offered fans a sneak peek at the upcoming ‘Voyage’ shows with a dazzling official trailer. They also released an additional batch of tickets for the run of dates.

In September, the event’s producers spoke to NME about what to expect from the “magical space circus”. The spectacle was put together by former Klaxons member James Righton and features Little Boots as part of the live band.

Speaking to NME about the experience, Little Boots (aka Victoria Hesketh) said it was “absolutely mind-blowing” to work with ABBA, who she’s always been a “mega-fan” of.

“I’m a big disco fan so I’m glad that’s gone full circle to be recognised for its songwriting,” she explained. “ABBA are a legendary part of the fabric of our artistic history now.”