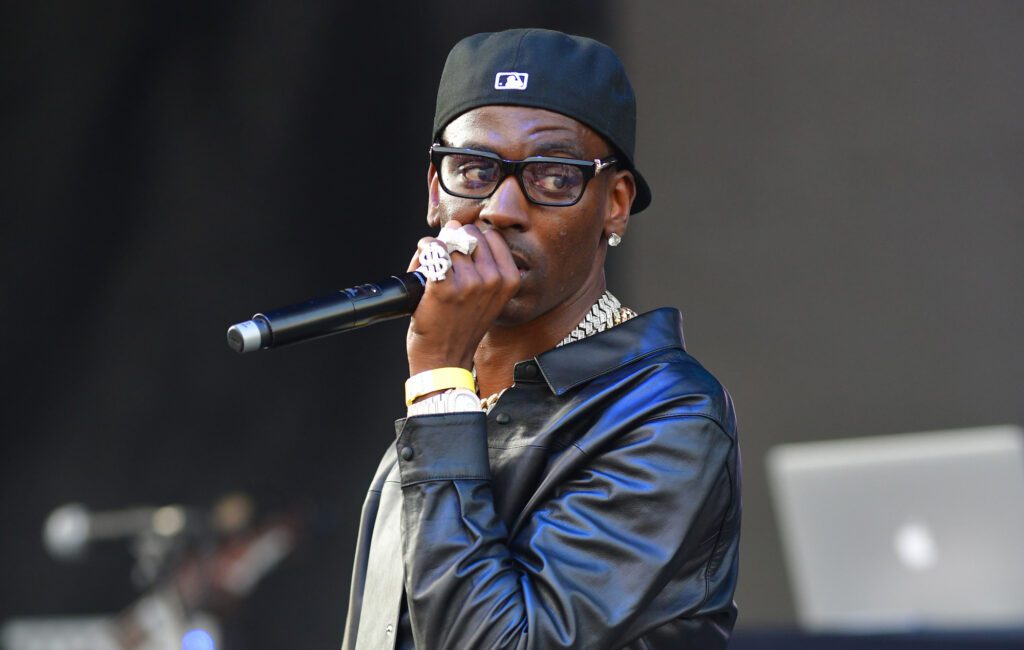 Police have arrested a third man alleged to be involved in the murder of Memphis rapper Young Dolph.

Rolling Stone reports that 27-year-old Shundale Barnett has been charged as an accessory to the rapper’s murder, having allegedly convened with fellow suspect Justin Johnson shortly after Dolph (real name Adolph Robert Thornton Jr.) was fatally shot outside a Memphis bakery in November.

During a recent press conference, US Marshall Tyreece Miller said Barnett was seen travelling with Johnson through Terre Haute, Indiana, when the latter was arrested on Tuesday (December 11).

“Shundale Barnett is a person who, we believe, was providing assistance to Justin since we’ve been looking for him,” Miller said, noting that Barnett was being held under a state warrant in Indiana, but will be transferred to Shelby County, Tennessee.

Johnson’s own arrest came after a lengthy search by Memphis police and US Marshalls. A warrant had been posted last week, co-signed by the Memphis Police Department, offering a $15,000 reward for information that would lead to his arrest. It’s reported Johnson had fled to Indiana – some 500 miles from the area that Dolph was killed in – with one of over 500 tips leading authorities to him.

It followed the arrest of Cornelius Smith last Sunday (December 9), when he was brought into custody in Southaven, Mississippi. A warrant had been issued for his arrest over the alleged theft of a white Mercedes Benz, which police stated was used as a getaway car in the Dolph shooting. Both he and Johnson are being held on charges of first-degree murder and theft of property between $10,000 and $60,000.

In addition, Smith has been charged with attempted first-degree murder – it’s alleged he tried to shoot Dolph’s brother during the same incident that killed the rapper – unlawfully carrying or possessing a weapon, and employment of a firearm with intent to commit a felony.

When asked on Wednesday (January 12) if police were aware of the motive behind Dolph’s murder, Memphis Police Chief Cerelyn “C.J.” Davis told reporters that her team was sorting through “a wealth of tips” in an effort to determine “the truth of what the real motives are”. She noted, however, that her unit was “just not ready to put that out there right now”.

A private funeral was held for Young Dolph on November 30, before a section of a street in the neighbourhood where he grew up was renamed in his honour on December 15. At Rolling Loud festival in California – where Dolph was scheduled to perform – a number of rappers from his label, Paper Route Empire, as well as his protégé Key Glock and recent collaborator O.T. Genasis, performed a memorial set for Dolph.

Writing in a statement following his death, Dolph’s family said: “There are no words that exist that sufficiently express the pain we are feeling. Losing Adolph, Dolph, Man-Man, changes our lives forever. And while we will take each day as it comes, we are comforted in knowing that he leaves a legacy that reflects his heart. A heart that was for his family. A heart that was for the people.

It was announced earlier in the week that Paper Route Empire would honour Dolph with a tribute album, ‘Long Live Dolph’, featuring new songs by label members Key Glock, Snupe Bandz, Big Moochie Grape, Kenny Muney, and more. The record is slated for release on January 21.