Pet Shop Boys are among the latest additions to the growing line-up of the ‘Passport: Back to Our Roots’ series of intimate gigs that will raise money for independent venues in the UK.

The fundraising campaign, which was launched back in July, is aiming to bring major and established artists to those grassroots music venues that have been threatened with closure due to the coronavirus pandemic.

With the likes of Elbow, Everything Everything and Ash already on the line-up, organisers of ‘Passport: Back to Our Roots’ have this morning (September 7) confirmed that Pet Shop Boys will also be taking part.

The duo have pledged to play at Camden’s Electric Ballroom in London, with a date yet to be announced. All of the ‘Passport: Back to Our Roots’ shows will only take place when music venues are able to open without social distancing, although it is hoped that this will be a reality in 2021. 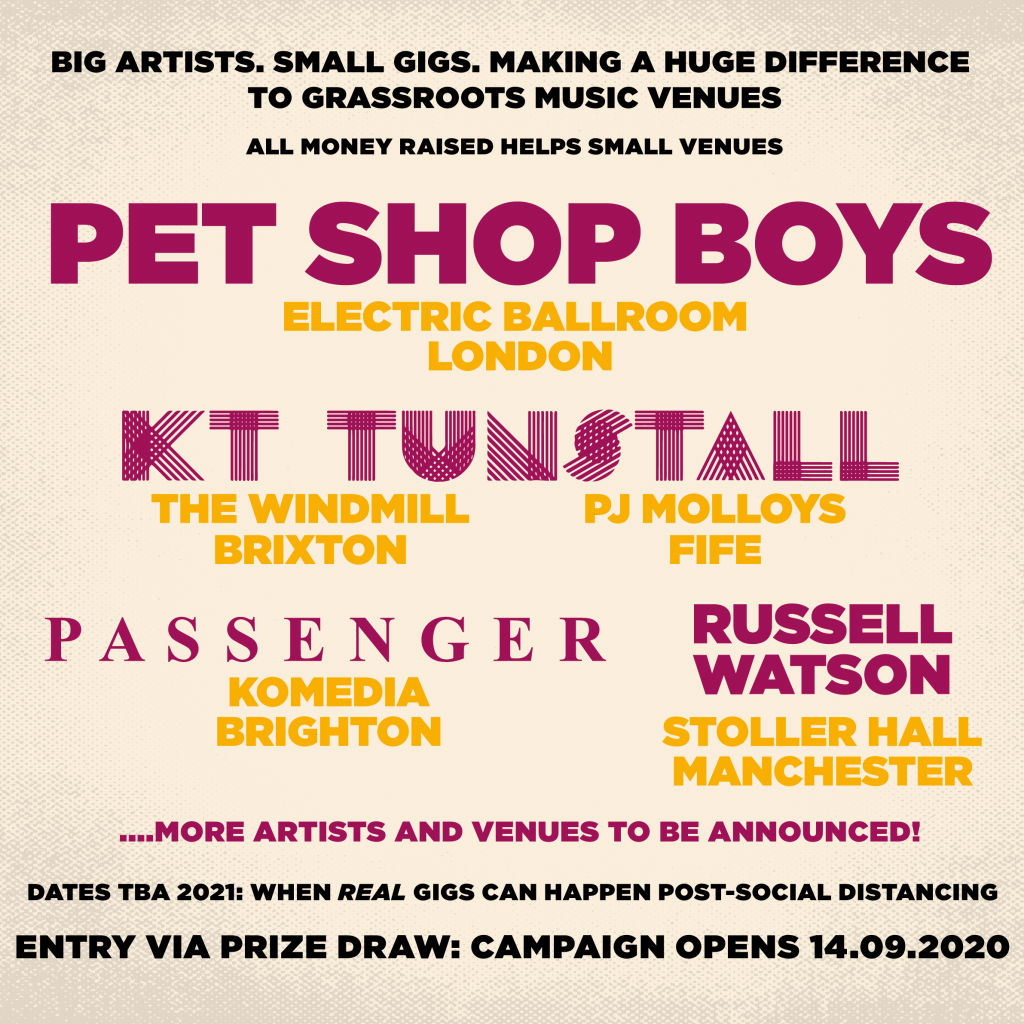 As well as the Pet Shop Boys, KT Tunstall (who will perform at both Windmill Brixton and PJ Molloys in Dunfermline), Russell Watson (Manchester’s Stoller Hall) and Passenger (Brighton’s Komedia) have also signed up to the campaign.

Entry to these shows will be conducted via a prize draw which will run for three weeks from September 14 until October 5. For a £5 minimum donation to the campaign, music fans will be entered into the draw to win passes to the show of their choice for themselves and a guest.

The organisers of ‘Passport: Back to Our Roots’ have also announced today that £75,000 was raised from the first prize draw, which granted entry to future shows by Elbow, Public Service Broadcasting, Everything Everything, The Slow Readers Club and Ash.

“We’re blown away by the incredible response to the first block of fundraisers, and want to extend our heartfelt thanks to everyone who donated, and to every artist who pledged to play a grassroots venue show,” Sally Cook, co-founder of ‘Passport: Back to Our Roots’, said.

“The outpouring of support (we read all the comments!) just proves how important grassroots venues are to the UK’s music fans. £75,000 is an amazing start and will help make a real difference to the venues involved and the sector as a whole, but we’re not stopping there. We are really excited to be announcing this new group of artists this week.”